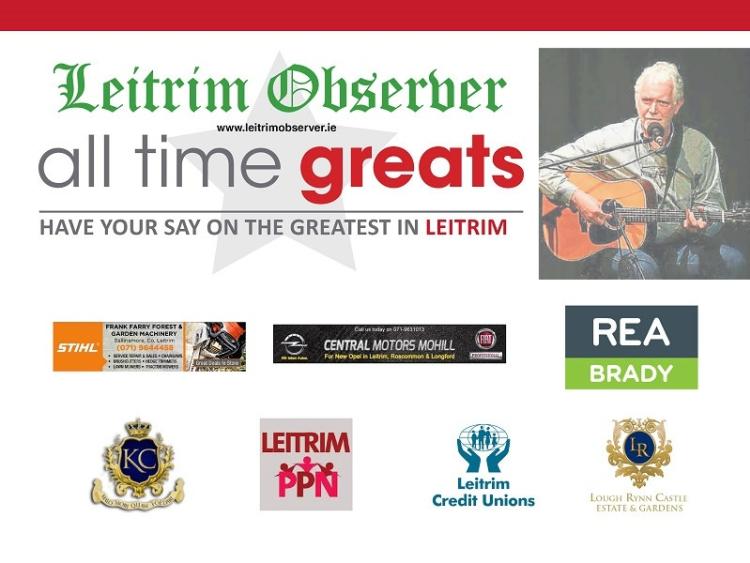 1994 was a special year for Leitrim people around the world with the Connacht Championship success coming hot on the heels of Ireland’s victory in the Eurovision Song Contest.

Drumshanbo’s own Charlie McGettigan and Dubliner Paul Harrington captured the hearts of the nation as they triumphed with their unforgettable song, ‘Rock and Roll Kids’. Although born and raised in Ballyshannon, Charlie has very much become one of our. A friendly and familiar voice on local radio and a captivating performer no matter the size of the crowd, Charlie has an unmistakable presence. Whether regaling audiences with stories or entertaining with his guitar and wonderful back collection of songs Charlie is rightly recognised as one of the country’s outstanding entertainers.