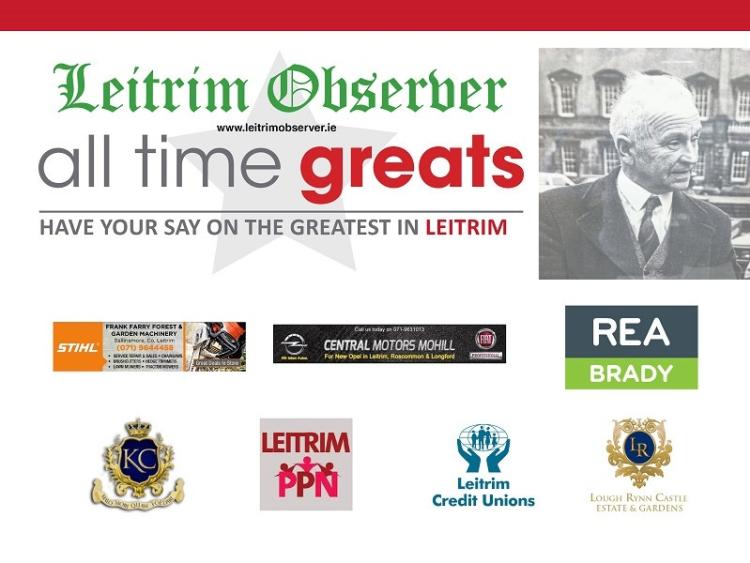 A politician publican, undertaker and bicycle-repairer, Ballinamore’s John Joe McGirl is best remembered for his involvement in the Irish republican movement.

Born in 1921, John Joe was elected as TD for Sligo-Leitrim in 1957 while serving a prison sentence. He was first elected to Leitrim County Council in 1960 and held the seat until his death in 1988. John Joe was a former Vice-President of Sinn Féin and spent time in prison on both sides of the border. Speaking at an event to remember John Joe in Ballinamore last December, former Sinn Féin President Gerry Adams said, “John Joe’s entire adult life was a reflection of the years of republican struggle through the 1930s, 40’s, 50’s, 60’s, 70’s and 80’s. Five decades of selfless commitment to the struggle for Irish freedom and independence.”