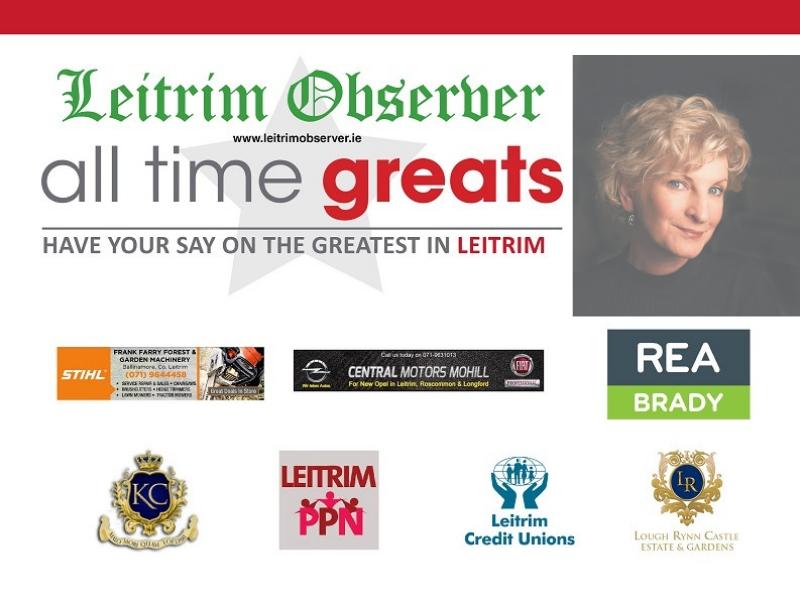 A native of Keshcarrigan, Eleanor is rightly regarded as one of the greatest entertainers the county has produced.
Her singing career began with legendary folk outfit De Danann and she has gone on to enjoy a stellar career, recording and performing alongside the likes of The Dubliners, Sharon Shannon, Donal Lunny and U2 while she enjoyed a formidable partnership with the late Ronnie Drew with whom she recorded two albums.

As part of a collaboration with Leitrim County Council for The Leitrim Equation programme the band Garadice were formed in 2014. Garadice have gone on to record a self-titled album, a collection of 13 eclectic songs and tunes, some of which was recorded in John McKenna’s Leitrim cottage while their live performances have become must-see events.