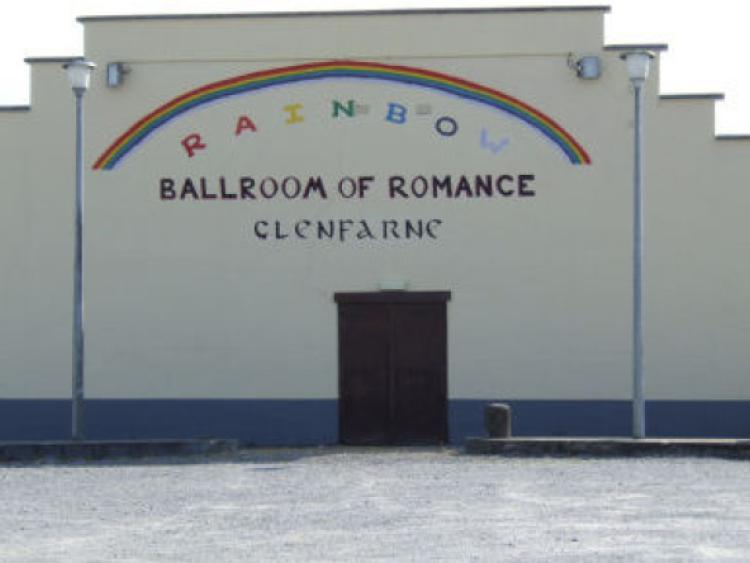 On St. Patrick’s night Sunday, March 17 the Rossinver Garrison Cross Border Spring Programme of Events will move to the Ballroom of Romance Glenfarne.

On St. Patrick’s night Sunday, March 17 the Rossinver Garrison Cross Border Spring Programme of Events will move to the Ballroom of Romance Glenfarne.

Take a waltz down memory lane for a few hours and reminisce or discover Ireland’s famous Rainbow Ballroom of Romance which is situated in Glenfarne at a crossroads in the townland of Brockagh lower along the N16 Enniskillen to Sligo Road.

The late John McGivern built the Ballroom in early 1934 and it opened the same year. It was then known as Mc Givern’s Dance Hall, although locally it was referred to as the “Nissan Hut”, as its galvanised iron construction was reminiscent of the British Army huts of the same name. The very first function held there consisted of a variety concert, followed by the first dance in the new hall with music provided by the local Glenfarne Dance Band.

The waltz down memory lane - memorabilia and museum tour at 7pm will be followed by “Showbud” in the Ballroom.