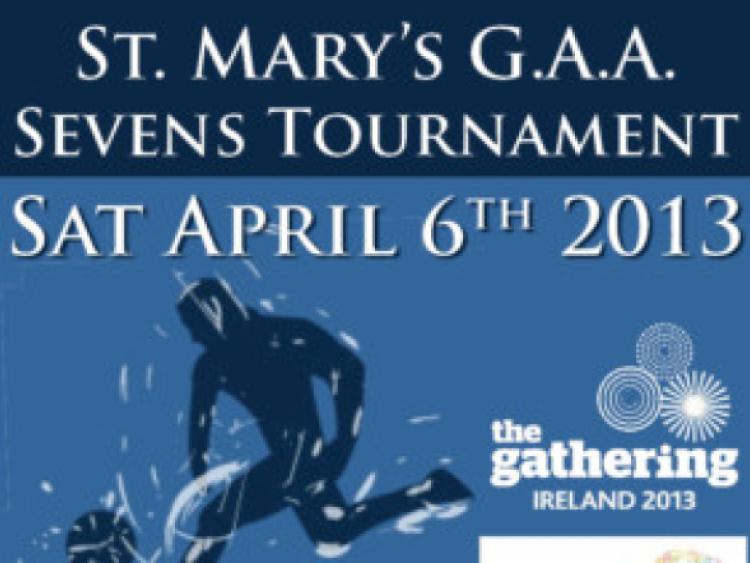 Last year’s Olympics featured what was termed by British sports commentators as “Super Saturday” as the gold medals rolled in but next Saturday, April 6, sees Carrick-on-Shannon host its own version of “Super Saturday” as hundreds are set to descend on the County town for three unique sporting events.

Last year’s Olympics featured what was termed by British sports commentators as “Super Saturday” as the gold medals rolled in but next Saturday, April 6, sees Carrick-on-Shannon host its own version of “Super Saturday” as hundreds are set to descend on the County town for three unique sporting events.

As the County town gets into the full swing of the Carrick-on-Shannon 400 Celebrations, this Saturday will see the town packed to over-flowing with three events that will draw the crowds in huge numbers to Carrick.

The HSE Community Games Team Finals first weekend will be headquartered in Carrick-on-Shannon with events all over the county as hundreds of children attempt to qualify for the National Finals.

St. Mary’s Kiltoghert are hosting an ambitous undertaking with their very first Sevens Tournament drawing teams from all over the region to play in a unique tournament.

And finally, on Saturday evening, St. Mary’s Hall in Carrick-on-Shannon will host the Connacht Scor Finals as Leitrim attempts to maintain it’s wonderful record as the leading county in Scor activities.

And if the three major events on Saturday aren’t enough, Carrick-on-Shannon will also host Leitrim’s final Allianz League Division 4 game of the campaign when London visit Pairc Sean Mac Diarmada on Sunday, a game that Leitrim will be anxious to win.

It all promises to a bumper weekend of activities and below we take a look at the weekend’s activities:

To celebrate the 400th birthday of the founding of the town of Carrick-On-Shannon in 2013 St. Mary’s Kiltoghert GAA Club, in association with the Gathering Ireland and main sponsors E-Mobile, is hosting one of the biggest Sevens GAA Tournaments ever to take place in the west of Ireland.

Over 40 men and women’s teams from all over Ireland including Dublin, Meath, Kildare, Cavan, Monaghan, Galway are taking part in the event which will draw hundreds of players and spectators to Carrick-on-Shannon.

The four team group stages will begin at 10 am at venues around the greater Carrick area, including neighbouring clubs who have generously provided their facilities. Among the grounds in use will be Shannon Gaels in Croghan, Allen Gaels in Drumshanbo, Bornacoola’s grounds in Dromod as well as the club pitches in Mohill, Annaduff, Eslin and Kiltubrid in what is a massive undertaking for the organisers.

The Mens and Womens knockout stages will begin at 2 pm in Pairc Sean Mac Diarmada and Pairc Naoimh Mhuire. The Women’s Final will take place at 3.55 in Park Sean with the men’s final immediately after it at 4.30.

It will be a huge weekend for Carrick and best of luck to all involved, especially the organising committee who have worked tirelessly to make this a successful day.

Hundreds of children from all over Connacht will converge on Carrick-on-Shannon and Leitrim next Saturday to compete in the first weekend of the HSE supported Connacht Community Games Team Finals.

Thanks to a revamp of the National Finals programme, which has seen the National Finals reorganised in two weekends, one in May and one in August, this weekend’s events will feature a number of major team sports that normally take place much later in the year.

An estimated 68 teams will travel to Leitrim on Saturday to do battle for 19 Connacht titles with disciplines as diverse as indoor soccer to draughts, badminto to One Wall Handball, which makes its debut this year in Community Games - an event that is sure to draw much Leitrim interest in the event given the county’s success at the World Championships in the One Wall discipline in recent years.

Several of the sporting fixtures like chess, draughts, table tennis and the Boys indoor soccer will take place in Carrick-on-Shannon while some will be played in nearby villages and towns.

Ballinamore will host the Badminton, the Boys One Wall Handball will be staged in Fenagh while the Girls will travel to Drumkeerin for their competition.

Mohill will host the Girls Indoor Soccer all the Rugby Competitions will be held in Leitrim village.

All the winners and runners up in all competitions are asked to return to Carrick-on-Shannon Community School, which acts as the nerve centre for this mammoth undertaking, for the presentation of medals cups and shields.

HSE ConnaCht Community Games would like to wish Leitrim Community Games the best of luck with the hosting of the Finals as this is a major logistical operation which requires the co-operation of so many volunteers ,coordinators and officials.

Many sporting organisations are putting their facilities and personnel at our disposal and without this it would not be possible to hold the games.

Leitrim Community Games would like to take this opportunity to welcome all competitors parents officials and persons associated with Community Games a warm welcome to Leitrim on Saturday April 6, and the best of luck to all concerned.

Speaking of the importance of Community Games in the future development of sporting careers, Connacht Community Games Chairperson Mary Keenan said “Many of our top sports people were first introduced to their sport through participation in Community Games, in fact two of Team Ireland in the London Olympic Games 2012 were from our own county and represented club, county and country very well, perhaps we have the next Laura Reynolds or Colin Griffin in our midst.”

Mary also had special words for the volunteers whose hard work makes the Community Games possible - “I would like to thank all our volunteers, co-ordinators and officials, these games would be impossible without their continued dedication and support.

“I also want to extend my sincere thanks to the sporting organisations who have put both their facilities and personnel at our disposal.”

Connacht Community Games Secretary Breda Power added “The most important people today are the hundreds of young participants who are already winners from their counties.

“It is our wish that each and each one of you enjoy this day, and remember that this is a Community Games competition.

“We wish Leitrim well in the hosting of these finals. We offer sincere thanks to the sporting organisations who have put their facilities and officials at our disposal, without their co-operation and support, we would be unable to organise the Connaught ‘Games’.”

The full list of team draws and venues is included in this week’s Leitrim Observer Sports Pages. The second weekend of the HSE Connacht Team Finals will be held in Leitrim in mid-June.