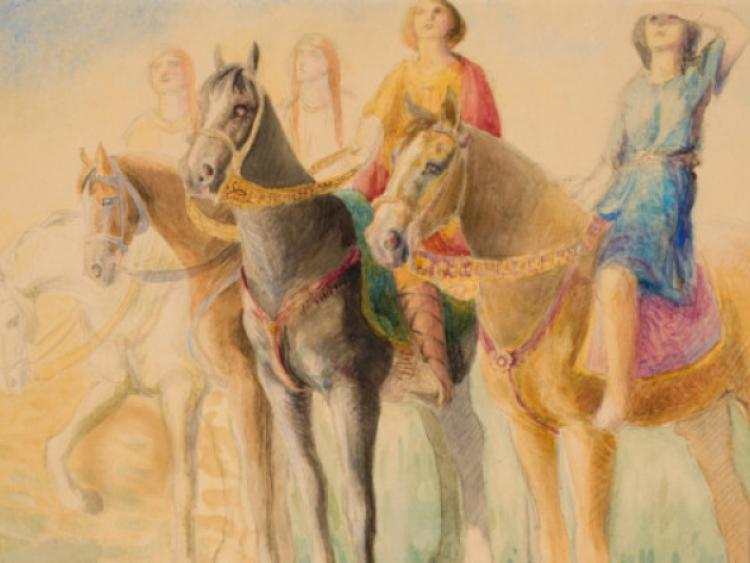 The Niland Collection holds a considerable amount of work by key Irish women artists and when looked at together, these works provide a comprehensive survey of the changing themes and practices of Irish female artists throughout the twentieth century.

Artists such as Mainie Jellet (1897 - 1944), Evie Hone (1894 - 1955), Mary Swanzy HRHA (1882 - 1978) and Norah McGuinness (1901 - 1980) who were central figures in the Modernist Movement in Ireland, are included in this show alongside contemporary artists such as Dorothy Cross, Kathy Prendergast, Marie Foley and Alice Maher. Jellett, Hone et al were the driving force in the emergence of modernism in Irish art in the 1920s - 1950s, thus forging the way for the next generation of artists.

The exhibition features a newly conserved work by Sylvia Cooke- Collis (1900 - 1973) ‘Landscape’, which marks the first time that this work has been exhibited publicly in many years. The painting recently underwent some moderate conservation work, a project made possible with the assistance of the Heritage Council Grants Programme.

The exhibition focuses on and celebrates Irish women artists’ recognition as artists and most importantly, their outstanding contribution to Irish art history. The exhibition runs until 26 May 2013.