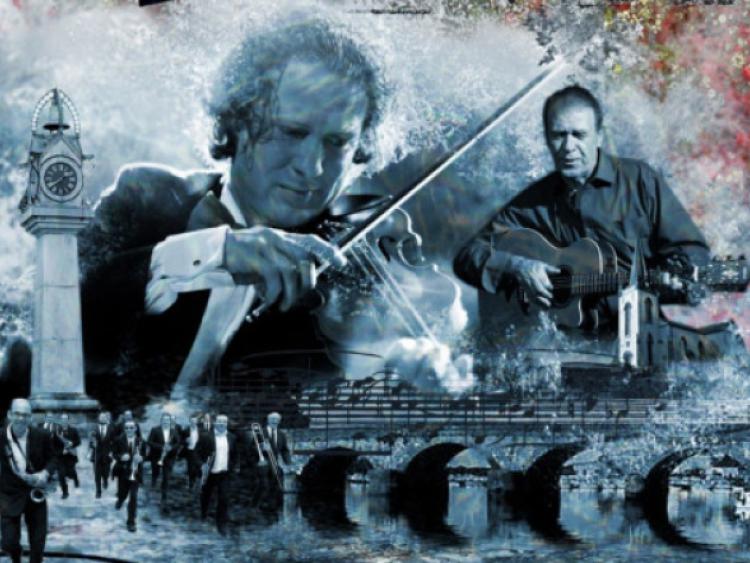 One of the highlights of the Carrick-on-Shannon cultural & social calender, the Carrick Water Music Festival, now in its ninth year, is sure to be one of the greatest events this summer.

One of the highlights of the Carrick-on-Shannon cultural & social calender, the Carrick Water Music Festival, now in its ninth year, is sure to be one of the greatest events this summer.

The festival is delighted to join in on the wonderful Carrick 400 celebrations, with lots of events planned to show off talent - be it International, Irish or local. Taking place June 25 - 30, the Carrick Water Music Festival is finalising its line up and its shaping up to be 5 days of fantastic music, art, theatre, film, childrens activities and much more.

This year we are delighted to welcome back to the festival the much loved ‘Words & Music’ event presented by Trinity Rare Books, taking place on Saturday 29th June at 2pm in The Dock, (tickets €10 - booking strongly advised).

Always popular, this year’s theatrical event of readings and music presented by Trinity Rare Boons marks Carrick’s 400th Anniversary by celebrating four of its contributors to the Arts & Humanities. Brian Leyden, author and broadcaster, will narrate this extraordinary line up of readers and music:

- Sorcha Fox, director, writer and actress, will play Susan Mitchell. Born in Carrick-on-Shannon in 1866 Susan Langstaff Mitchell was an Irish writer and poet, known for her satirical verse. She was assistant editor of The Irish Homestead under George Russell and later The Irish Statesman. She knew William Butler Yeats, Padraic Colum and George Moore and many other notables of her time.

- Declan Gallagher, actor and cinematographer, will play M.J. McManus. McManus was born in Carrick in 1887. He became the literary editor of The Irish Press from its foundation in 1931. As well as his journalistic skills he was a writer of parodies and poems and was considered one of the outstanding literary and journalistic figures of his time.

- Donal O’Kelly, actor and writer, will play Surgeon Major TH Parke. Parke was an Irish doctor, explorer, soldier and naturalist. Born in Roscommon in 1857 he was bought up in Carrick. He joined the British Army and fought to Khartoum in relief of General Gordon in 1885. He campaigned with Henry Morton Stanley and many were saved from death by his courage and medical skills. He was the first Irishman to cross the African Continent. His contributions are honoured by two separate statues in Dublin.

- Fiachra Guihen, harper, will play the young Turlough O’Carolan. O’Carolan was born in Nobber, Co. Meath in 1670, but spent childhood years living in what is now Park Lane where his father was blacksmith and ironmonger to the St George family. Losing his sight as a young adult through illness, he became an early Irish harper, composer and singer whose great fame was due to his gift for melodic composition and many well known pieces are popularly performed today. He was sponsored by some of the great houses of Ireland and is considered to be the last great Irish Bard, harper and composer.