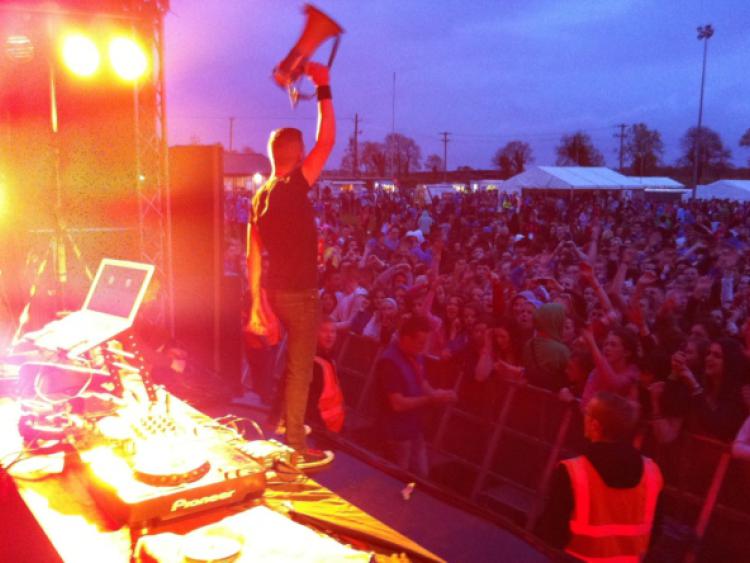 Leitrim Foróige members were among the thousands of Irish teenagers who enjoyed a music festival in Longford town recently.

Leitrim Foróige members were among the thousands of Irish teenagers who enjoyed a music festival in Longford town recently.

Foróige HYPE Youth  Fest 2013 has been described as the Electric Picnic or Oxygen for younger teenagers. The hottest names in Irish music, The Original Rude Boys, Silhouette, Storyfold and AudioPilot all performed at the event, which was Ireland’s largest drug and alcohol free music  festival.

The non-alcohol event was as a huge success, according to volunteer organiser Ruth McGarry Quinn, “Foróige HYPE Youth Fest gave 3,500 teenagers from across the country the chance to enjoy a fantastic festival experience in an alcohol and drug free environment.

“Teenagers need access events, such as the HYPE Youth Fest, where they  can enjoy their favourite music, meet friends and  generally have a great time - all in a safe environment – and that is exactly what we provided. This is the second year we’ve hosted the festival and it’s getting bigger and better every year. It’s  fantastic!”

More than 3,500 12 to 18-year-olds descended onto the grounds of Longford Rugby Club for the festival, which ran from 4pm to  11pm.

The thousands of euro raised from the event is going towards the development of a new youth facility in Longford town.

Ruth also paid tribute to the huge number of Foróige volunteers including those from Leitrim who made the event possible.