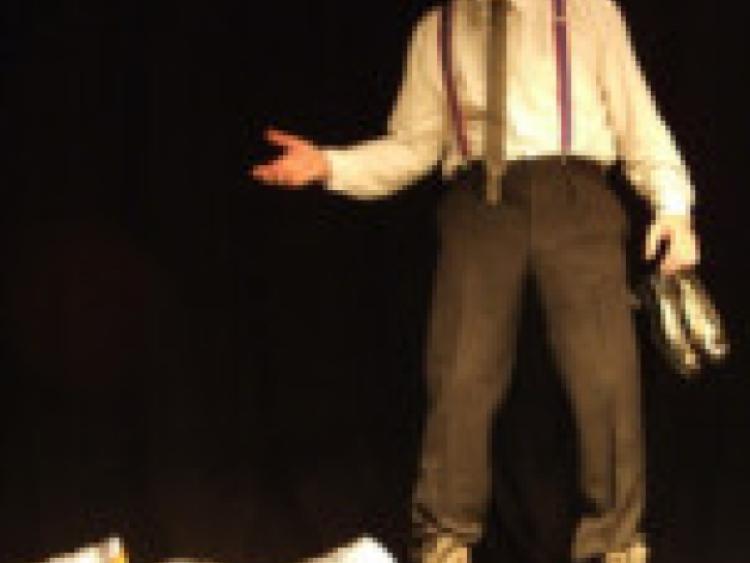 The Man in the Woman’s Shoes arrives to King House, Boyle on Saturday, June 15.

The Man in the Woman’s Shoes arrives to King House, Boyle on Saturday, June 15.

This is a rare theatrical treat, not to be missed!

It is not often enough that audiences leave theatres with a smile on their faces and tears in their eyes, but Mikel Murfi’s new show The Man in the Woman’s Shoes is repeatedly having the same effect on audiences throughout the country.

Beginning in 2012 Writer and Director Mikel travelled to meet with older people across county Sligo to gather stories. Tales emerged of characters who lived in Sligo town and county – characters who likely live in every part of Ireland. From the memories, tales and experiences gifted to him, Mikel has created The Man in the Woman’s Shoes, a show that brings these stories back to the people who told them in the first place.

It’s October 1978 and Pat Farnon has some business to do in town. It’s a ten-mile round trip and it’s no joke when you have to do it walking in a pair of women’s shoes. As he makes the trip from his little cottage to town and back again, Pat Farnon meets little marvels along the way. Funny, tender and at times downright daft, The Man in the Woman’s Shoes is a charming encounter with a man who has a boundless enthusiasm for life.

Pat is a man who lives alone and is self-sufficient, as he casts a philosopher’s eye over local society, wondering why it is that we say that “night falls” but “day breaks”.

This fantastic one man show tells the story of Pat Farnon and the marvels that he meets along the way. It’s a charming encounter - an ageing man still with a boundless enthusiasm for life. Hilariously funny, tender and at times downright daft, this play will leave you uplifted and in love with life again.

Written and performed by Mikel Murfi and based on stories that Mikel picked up from chatting to Active Age groups in the Sligo region, The Man in the Woman’s Shoes is filled with local characters - plenty of whom we would all recognise in every town the length and breadth of the country.

The Man in the Woman’s Shoes can be seen for one night only at King House in Boyle as part of the house’s continuing summer programme of events this Saturday, June 15 at 8pm.

The performance is part of the Historic Houses of Roscommon weekend, where each of the four historic houses in the county (Clonalis, Strokestown, Castlecoote and King House) will be programming events to mark the launch of the season. The evening will include a wine reception from 7.30pm and your ticket to the show also entitles you to a complimentary tour of the house at a time of your convenience over the weekend.

The show was developed with Sligo County Council Arts Service and Hawk’s Well Theatre, Sligo as part of Bealtaine 2012 and is now on a nationwide tour.

The Irish Daily Mail said the show was “Racy & Full Blooded without ever being crude.”

You will be disappointed if you miss this show, so please do book and come along for great theatre and a wonderful surrounding.