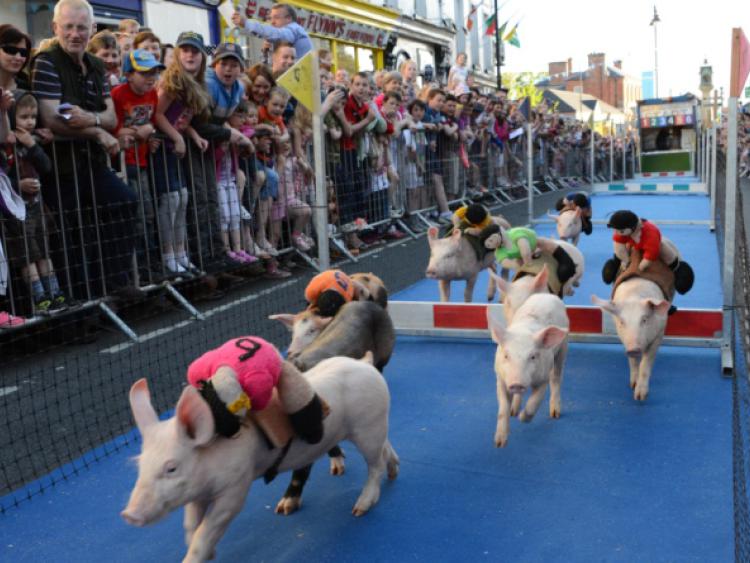 For ten days the county town rocked in the sunshine as revellers celebrated Carrick’s 400th birthday in a carnival atmosphere.

For ten days the county town rocked in the sunshine as revellers celebrated Carrick’s 400th birthday in a carnival atmosphere.

The carnival which grew out of an open Carrick 400 meeting last year surpassed all expectations, attracting thousands to the town over the June Bank Holiday and last weekend.

The ten day festival of events was a huge undertaking which saw the committee of 15, chaired by Kenny Murtagh meeting every week for the past 12 months. The role of Leitrim County Council was crucial and they kept the momentum going, this along with marketing from Leitrim Tourism and the blissful sunshine, made Carrick-on-Shannon the only place to be at or to be seen in over the past two weeks.

From the opening parade on May 31st, it was evident this was going to a special festival, the parade contained an element of all the events to be hosted for the ten days. Hen and Stag parties mingled happily with families and tourists who enjoyed the ambitious line up and flavourable events that helped showcase the county town.

A huge part of the long traffic jams and crowded streets was down to the fact that the majority of the Carnival events were free.

Aoife McCormack of the Landmark Hotel and Carrick Carnival Committee said she felt the festival was such a success because every business, every club, society and service worked together and contributed to it. She said every business contributed sponsorship and even the local GAA Club got involved and organised events. Aoife said there really was something for everyone along with a “few surprises” thrown in.

Aoife revealed that some visitors to Carrick who had booked in for the Bank Holiday weekend, stayed on a few days longer - a true testament to the town.

Carrick Carnival was promoted on national airwaves and in local media, social media was also hugely important to drawing in the crowds.

Aoife said that she believes all the hard work really paid off, she said she would be hopeful that the Carnival would return next year for the Bank Holiday weekend. She said their secret weapon was the weather and no amount of preparation could have attributed what it brought to the events.

The success of Carrick Carnival was also down to the large number of volunteers who worked tirelessly to make sure each event ran smoothly. It is hoped that good publicity and word of mouth from this huge event will feed into the remaining Carrick 400 celebration and events which continue to run for the rest of 2013. Check out: www.carrickonshannon400.ie for upcoming events.