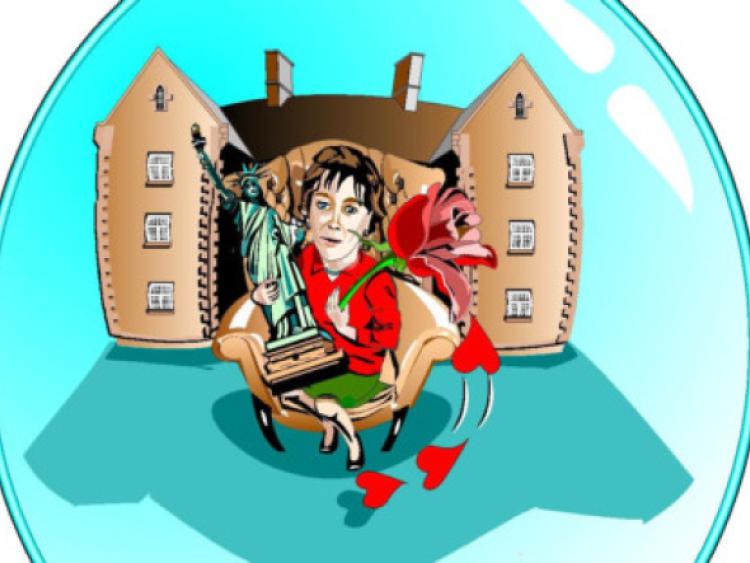 Fr. Patsy Young and Castlemanor Players are proud to present “The Loves of Cass McGuire”, by Brian Friel.

Fr. Patsy Young and Castlemanor Players are proud to present “The Loves of Cass McGuire”, by Brian Friel.

This is a very powerful play, both humorous and sad, but ultimately uplifting. Cass Maguire was 18 years old when she left Ireland for the United States.

She spent the next 52 years in the city of New York “a block from Skid Row” “washing, scrubbing and fixing sandwiches” in a harsh and loveless environment in which “you had no time to think and if you did you think of the future”.

She dreamed of a happy homecoming to the country and the family she loved. She fulfilled that dream when she was 70, only to be rejected by the family and was as she says herself “stuck in the workhouse”.

Fr. Young has put together a strong cast of actors from Leitrim and Cavan and Glenfarne native Eileen Slevin who plays Cass has just completed a very successful tour with the comedy “It’s the Real Mc Coy” and she is joined by another Glenfarne lass Eibhlin Nic Eochaidh who portrays the eccentric Trilbe Costello with style and grace.

Among the other memorable characters you will see Carrigallens Eileen Ward’s very entertaining portrayal of Mrs. Butcher and Glenfarne’s Hubert Mc Morrow as Pat Quinn will bring a smile to your face.

The loves of Cass Maguire will be presented in Kiltyclogher Community Centre on Friday August 23 and in The Corn Mill Theatre, Carrigallen on Fri/Sat August 30 &31. Curtains up at 8.30pm.