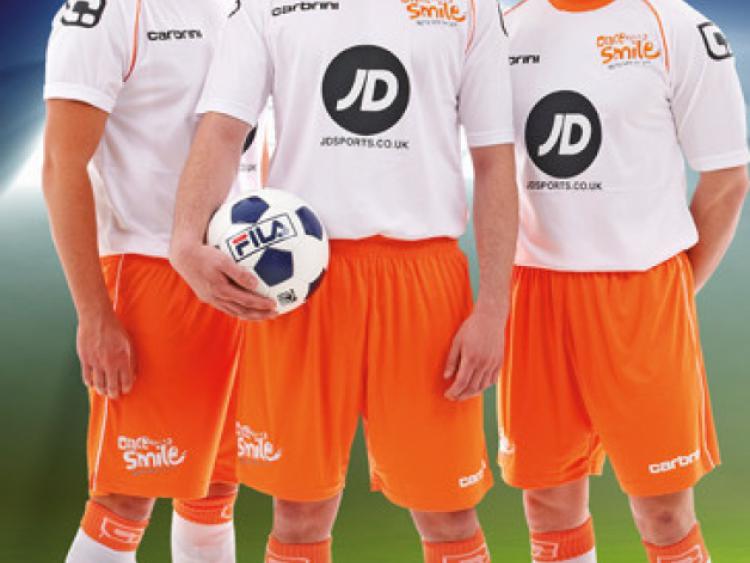 Twenty popular soap stars are coming to Sligo on August 24-25 to raise funds for a RehabCare.

Twenty popular soap stars are coming to Sligo on August 24-25 to raise funds for a RehabCare.

Big names from Coronation Street, Eastenders, Emmerdale, Hollyoaks and other soaps will be in Sligo to support the development of a new RehabCare resource centre for people with disabilities in Sligo. It promises to be a weekend of Fun, Football and Fundraising!

Leading the UK team, which play under the Once Upon A Smile charity, are patrons Danny Milller and Daniel Jillings. Eastenders’s Tony Discipline who plays Tyler Moon has been confirmed along with Danny Young (Coronation Street and Dancing on Ice), Anthony Quinlan (Hollyoaks), Derry Mensah and Charlie Healy from The Risk (X-factor 2011), Danny Tennant (Hollyoaks and Emmerdale), Dean Smith, Jack McMullen, Naveed Choudhry, Reece Douglas and Will Rush from Waterloo Road and Ryan Luldoon (Shameless and Waterloo Road).

Paul Walsh, lead singer with Royseven and Stephen Byrne, presenter, RTÉ’s Two Tube and reporter on The Voice of Ireland have booked their places on the RehabCare All-stars team. Irish soap stars Dave O’Sullivan (plays Decco Bishop in Fair City) and Ryan Andrews (plays Sean Cassidy in Fair City) are gearing up to take on their UK counterparts from Once Upon A Smile charity in a battle of the soap stars!

Tickets for the match (kick off 1.30pm) are on sale from RehabCare Sligo, The Sligo Weekender, Se7en in Quayside shopping centre, Jako Sports, Centra Maugharboy, Centra Cartron and Tighes Newsagents, Ballymoate. Tickets are €10 per adult and €5 for U16’s (must be supervised). Family tickets for €25.

The UK soap stars will arrive in Sligo on Saturday 24th August and they will get to sample the Sligo hospitality as well as visit some of the local RehabCare services to see at first hand the work of RehabCare in Sligo. Later that evening the Velvet Rooms in Bridge Street Sligo will host a fundraising night where some lucky soap fans will get to meet and greet the stars at a VIP reception.

The highlight of the weekends fundraising activities will be the charity soccer match which will take place on Sunday 25th August in Mc Sherry Park in Sligo. The game looks set to be one the highlights of the 2013 summer in Sligo and promises to be the perfect family day out with Mexican wave competition, a football anthem competition and a Soap Star Soccer Star Cross Bar competition at half-time where ten couples will be challenged to test their knowledge of the soaps and their soccer skills.

Tickets are also available for the RehabCare Gala Fundraising Dinner to be held in the Radisson Blu Hotel, Sligo on the evening of the match for €50 and includes dinner and dancing to Deja Groove.