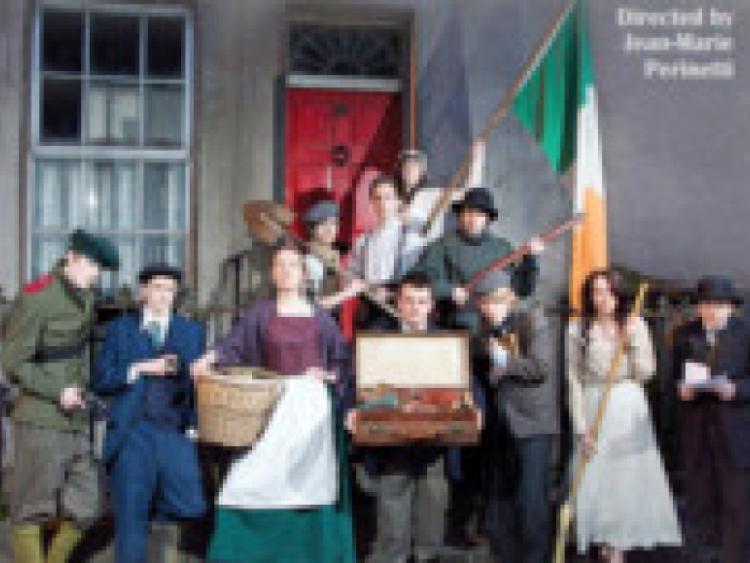 Sligo Youth Theatre will perform ‘The Shadow of a Gunman’ at Hawk’s Well Theatre on Wednesday, October 30 at 8pm.

Sligo Youth Theatre will perform ‘The Shadow of a Gunman’ at Hawk’s Well Theatre on Wednesday, October 30 at 8pm.

Following their outstanding success with this production, earlier in the year, The County Sligo Youth Theatre are back, by popular demand, for one performance of O’Casey’s moving play.

This poignantly comic and ultimately tragic drama, set in the tenements of Dublin during the Irish War of Independence is skillfully and sensitively portrayed by these young actors.

The evening of October 30th, will feature pre-show vignettes in the foyer, recreating the atmosphere of Dublin in these ‘interesting’ times.

Directed by Jean-Marie Perinetti with Set and Lighting designby Michael Cummins and Costume design by Lucie O’Hara this is expected to be on of the highlights of local theatre.

The Shadow of a Gunman is a 1923 play by Seán O’Casey set during the Irish War of Independence. It centers on the mistaken identity of a building tenant who is thought to be an IRA assassin.

The residents of an overcrowded slum house struggle for survival in a poverty and war stricken city.

Black caustic wit and the universal camaraderie of the poor unite these characters in a common bond.

Outside, the notorious Black and Tans terrorize a population infatuated with notions of rebellion and freedom.

Against this background, the young poet, Donal Davoren, finds himself the victim of mistaken identity as an IRA gunman.

The notoriety of being “on the run” becomes an attractive deception, especially when it enhances the affections of his lovely neighbour, Minnie Powell. But at what cost?

Seumas’ business partner, Mr Maguire hides a bag full of Mills Bombs in Seumas’ apartment before participating in an ambush in which he is killed. The city is put under curfew as a result of the ambush, and Donal and Seumas do not discover the grenades until the Auxies are raiding the tenement.