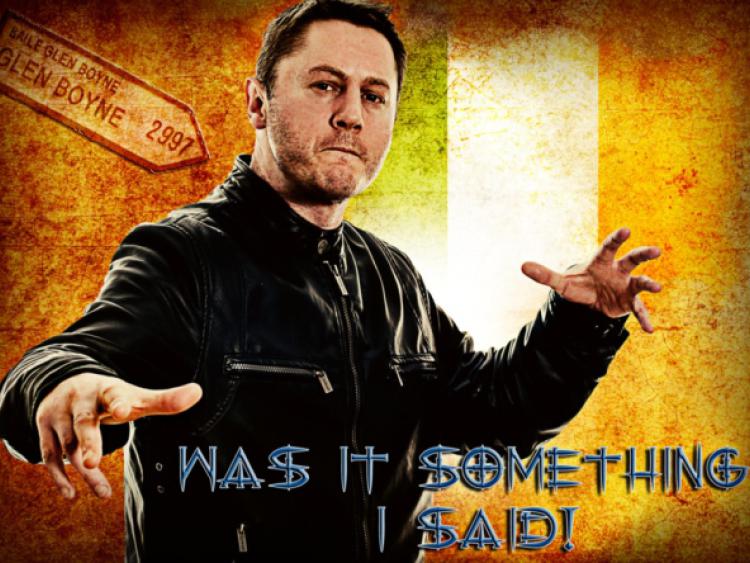 OutZane AKA Glen Boyne has released an 18 track digital album entitled ‘Was It Something I Said?’

OutZane AKA Glen Boyne has released an 18 track digital album entitled ‘Was It Something I Said?’

The rap artist originally from Dublin but now living in Mohill has performed over 500 shoes as a solo artists and also as part of a nine piece band called ‘The Elementz.’

Glen has written and produced a few other albums to date called ‘Verbal The-Rap-Y ‘ and also an album called ‘Placebo’.

He has toured and performed in over 450 schools, libraries and community centres nationwide running Rap writing workshops.

Glen Boyne is currently planning gigs to promote his new album and will also be making some promo videos this year while already in the process of recording some new singles for his next album.

OutZane told the paper, “I took some time out a while back as I collapsed a lung and boarded an aeroplane.

“Luckily the flight was only 45 minutes long to Stansted, England, but was I was very lucky as the doctors there told me I was lucky to be alive as I should of had a heart attack!

“ It took just under two years to recover and get back on stage. So its great to back doing my thing.”

The Mohill rapper said he has got a great reaction to the album so far from the general public and quite a few producers and UK/US labels are getting in touch.

Glen’s four year old daughter Grace also helped out on the album, he said Grace is his ‘biggest fan.’

Some of the singles include ‘Bright Side of Life,’ ‘Smile girl’, ‘The Bigger Picture’ and ‘New State of Mind.’

The album is available for download on itunes, singles can be purchased individually or you can get the whole album.