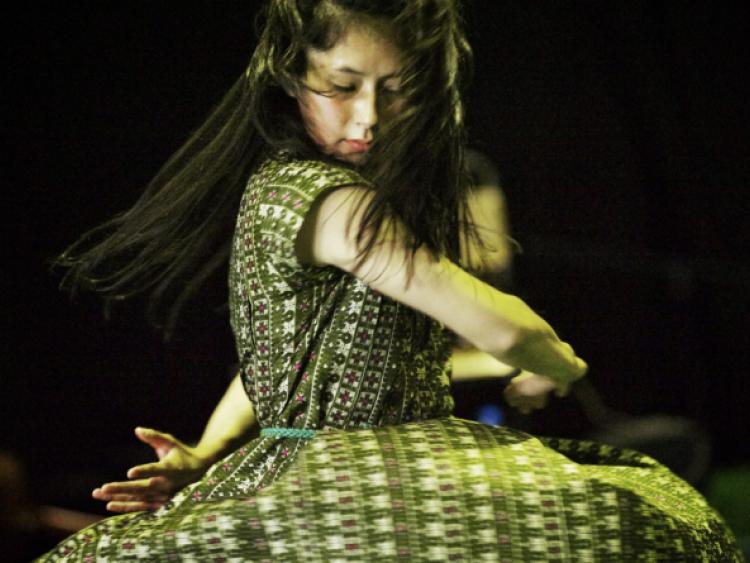 Featuring eight hugely talented dancers from around the world, they will share the stage with five of Ireland’s top musicians in a joyful pairing of dance and traditional Irish music.

Rian is directed and choreographed by Michael Keegan-Dolan with musical direction from Liam Ó Maonlaí.

It is an expressive cultural hybrid, tapping into Irish traditions with influences from faraway places.

Winner of a 2013 Bessie (New York Dance and Performance Award) for Outstanding Production, Rian premiered in the Dublin Theatre Festival in 2011.

Rian has been seen and loved by more than 40,000 people across the world.

This ‘unplugged’ version is performed away from the traditional stage bringing the audience up close to the performance, creating an intimate and magical experience.

“It’s an evening of buoyant rhythms and happy atmosphere; it really does feel like a party on stage.” – The Independent

“An extraordinary piece of dance theatre that manages to be both seamless entertainment and a rich insight into Irish culture.” - Irish Times