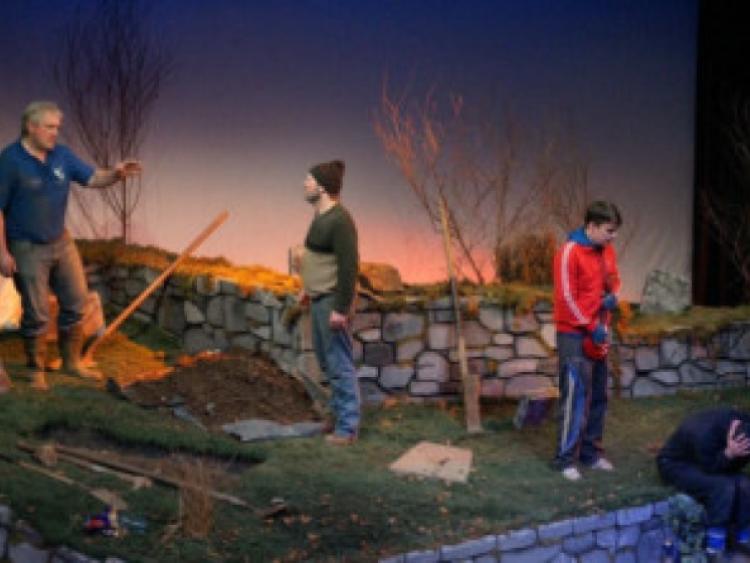 Taking the theatre world by storm “Dig,” by Seamus O’Rourke, makes its way to Backstage Theatre, Longford next week.

Taking the theatre world by storm “Dig,” by Seamus O’Rourke, makes its way to Backstage Theatre, Longford next week.

With rave reviews from audiences across the country, this is Midland’s audiences last chance to catch it.

The spirit of the recently deceased man joins them on stage for the entire play, but it’s still too late for Smokey to explain exactly what was going on with certain members of the local GAA team in his house in the years leading up to his death.

Tom O’Donnell’s son was a member of that team until he was killed in a road accident and so too was James McHugh’s son, he went to England to work shortly after his friend died and young Terry McCann was there and now reluctantly joins the grave digging party.

In some parts of rural Ireland graves are still dug by friends and neighbours of the deceased and not by professional gravediggers.

O’Rourke himself revisits one of his finest roles as Big Tom O’Donnell and audiences throughout the country are in for a real treat.

Dig comes to Backstage Theatre, Longford on Wednesday, May 28 and Thursday, May 29 at 8:30pm. Don’t miss it if you want a laugh!