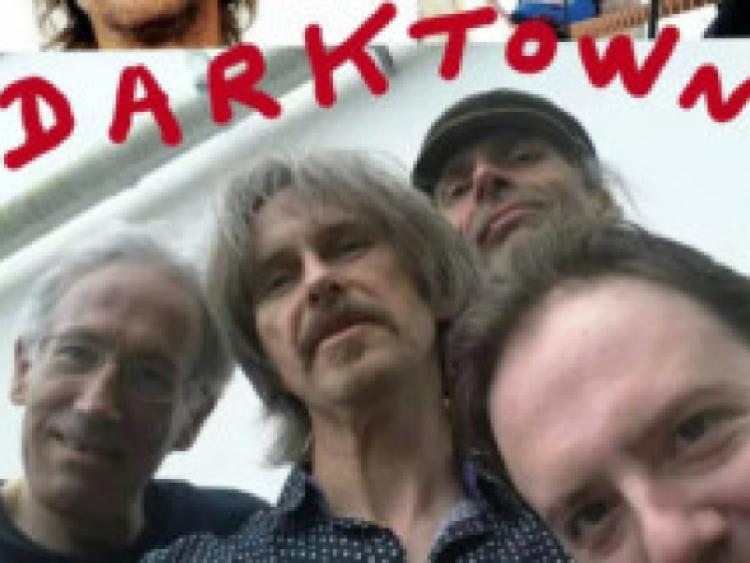 ‘Machinery of Night’ is their second release, and this mini-album hits the shelves this month. To celebrate the new release, Darktown will be performing two very special gigs on Saturday, October 18th. The first is a lunchtime appearance, at 1pm, in Liber Bookshop/Third Wave Music, O’Connell Street, Sligo. Then, at 10 o’clock that evening, they’ll be on stage in The Swagman, Wine Street, Sligo.

This new release follows hot on the heels of the success of ‘Deepwater Quay’, the group’s first EP, which was launched with gigs in Hennigan’s, Sligo, and Bewleys Cafe Theatre, Dublin, at the close of 2013.

Fans of Darktown will be familiar with their ‘groove-noir’ style, woven-through with bleak, folk lyricism. For the unanointed: each Darktown track creates a sonic landscape populated by a strange cast of characters. Unhinged preachers, moonstruck lovers, and lost souls abound.

Declan Drohan, dark balladeer and lead vocalist with the group, says that their EP ‘Deepwater Quay’ was “a statement of intent”. He describes their new release, ‘Machinery of Night’, as being “more sonically diverse” with a “broader palette of sound and rhythm” featuring “elements of dub and electronica”.

Reviewer Tony Floyd Kenna described Darktown as having “great songs” with “musical arrangements that allow the stories to breathe and develop”. The wild energy of their anarchic live performances has to be seen to be believed.

The line-up for the upcoming performances will be: Declan Drohan on lead vocals and guitar; Donal Adams on keyboards, vocals, and guitar; Adam Burthom on bass and vocals; John Daly on guitar.

So join Darktown at 1pm in Third Wave Music, and at 10pm in The Swagman, on Saturday, October 18th.

The EP “Deepwater Quay” is currently available from Third Wave Music, and The Record Room, Sligo.

The mini-album “Machinery of Night” goes on sale on October 18th in Third Wave Music, The Record Room, and will be available as a digital download from bandcamp in the near future.