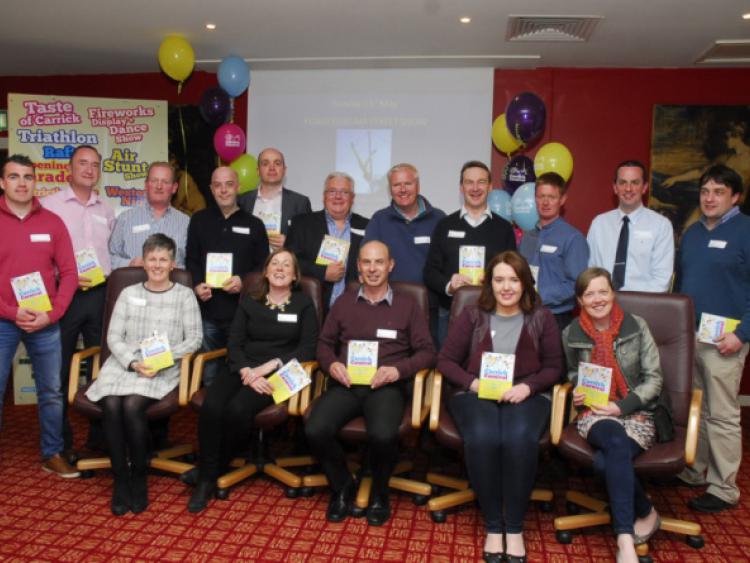 Carrick Carnival was officially launched on 7th May in The Bush Hotel, Carrick on Shannon.

Carrick Carnival was officially launched on 7th May in The Bush Hotel, Carrick on Shannon.

Chairman of the organising committee, Brendan Dee said “The emphasis again has been on a mixture of traditional and sometimes unusual events to showcase the best of what the town has to offer.

“We hope to attract large numbers of visitors to the town throughout the 10 days, and we hope the festival will have a positive impact on all businesses in the town and region.”

Brendan also went on to thank all of the local business for their support for the festival.

“The committee would like to thank the many sponsors who again committed their resources to the event and to the many volunteers who gave up their time to help organise all of the events.

“The support we have received from local businesses and volunteers has been remarkable. We would like to sincerely thank them for their contribution as without them the festival could not take place.”

The Carrick Carnival festival takes place from Friday 29th of May to Sunday 7th June.

For more details on the Festival look for Carrick Carnival on facebook or see www.carrickonshannon.ie