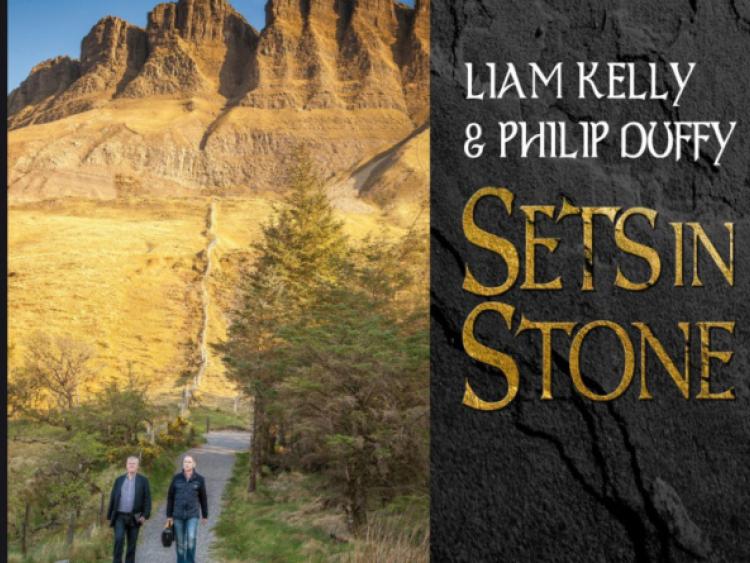 Dromahair’s Liam Kelly is widely known for being a member of one of the top traditional Irish groups in the world, ‘Dervish.’ Originally from Temple Street, Sligo he has been living in Dromahair for years and the county has adopted him as one of our own! Liam was taught to play accordion and whistle/flute by the well known Alfie Joe.

Liam is a founding member of Dervish and has played worldwide with the band.

In 2009 Liam released a solo album called Sweetwood to celebrate 20 years in Dervish.

Philip Duffy who plays the fiddle is from Tubbercurry, now living in Carney. He is a member of ‘The Dartry’.

The album is called ‘Sets in Stone’ and features a strong Sligo styled theme throughout. It includes an unearthing of old tunes that would have been commonly played in South Sligo in the early to mid 20th century.

It features infrequently played compositions of the great Martin Wynne and Josie McDermott together with other rare selections named after local musicians Kevin Henry from Doocastle, John Egan from Ballintogher and Jim Coleman

However in addition to the re-recording of some of the great material used by Coleman, Killoran & Morrison in the 1920’s & 1930’s there is also room for some of the more contemporary compositions of the likes of Mike McGoldrick from Manchester and John McEvoy from Birmingham.

Both Kelly and Duffy are joined on this album by two of the most experienced backing musicians on the scene today, Shane McGowan from Mullinabreena and John Joe Kelly now also living in Sligo.

‘Sets in Stone’ was launched at the Joe Mooney Summer School in Drumshanbo in The Ramada Hotel on Tuesday, July 21. they will also do a launch gig at the All Ireland Fleadh Cheoil, Sligo in Shenanigans on Saturday, August 15.

To win a new copy of this beautiful new album Sets in Stone, email leitrimobserver comp@gmail.com with the name of the two artists who have released this album.

Add your name, address and phone number and make sure to title the email as ‘Sets in Stone’ competition.