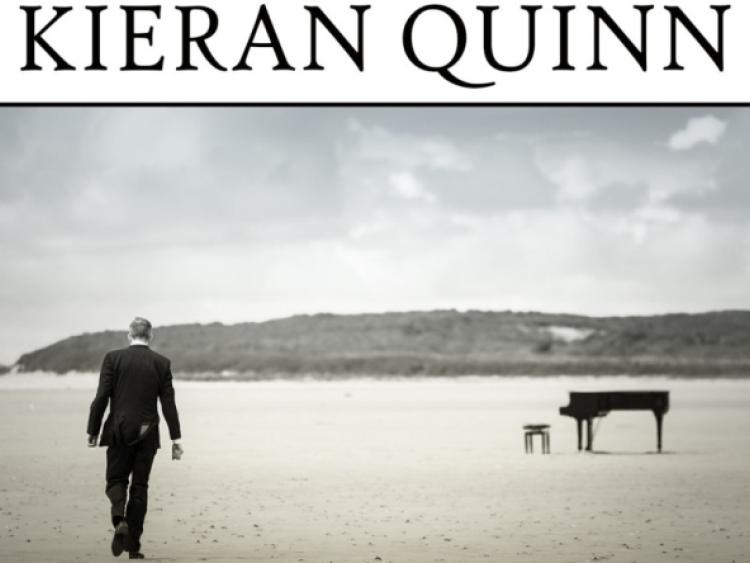 Kieran will be joined by Seamie O’Dowd and Cathy Jordan (of Dervish). This is part of Kieran’s 32 Piano Tour, where he will play a piano in every county in Ireland over 2 months, following the launch of his second album.

Pianist/composer and Sligo native Kieran Quinn launched his second album The Next One​​on September 16 at popular Dublin venue The Sugar Club to a full house, before embarking on his n tionwide tour, taking in all 32 counties along the way!

Kieran’s love of music has always run in tandem with his passion for football, he is well known in GAA circles having played for his beloved Co. Sligo for over a decade in over 20 Senior championship matches.

In 2008 he decided to hang up his football boots after he realised that his hands were more suited to playing piano than trying to catch footballs on the GAA pitches of Ireland.

Kieran has been working as a professional musician ever since and in 2013, he released his first album entitled Not Just Black and White​, and is now following with his second The Next One which will be available to purchase on iTunes from September 30. Renowned for performing his own version of bluesy classics, this new album is comprised mostly of his own compositions.

Kieran is very excited about the forthcoming release and commented “This album is more about my music. I have spent a lot of time writing in the last 12 months, which has been a rewarding experience. The album does feature seven special guests as I love the collaboration process and really enjoyed working with all those artists in creating The Next One​.

“I can’t wait to hit the road on my nationwide tour with this labour of love.”

‘Tracks on the new album include the self­written Iwetta’s Theme, inspired by the death of a much­loved neighbour; Come Home, a plea from a lonely father to his emigrant son; Maedhbh’s Call, a love story set in Kieran’s home village of Strandhill, Kieran’s own arrangement of the iconic Bohemian Rhapsody, and title track ‘The Next One’ among many more’.

This 32 Piano tour is one you don’t want to miss to book now.