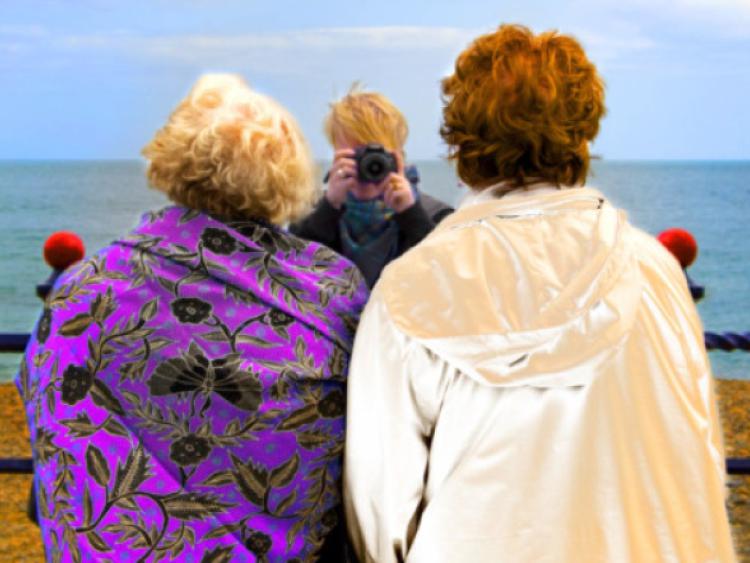 Fresh from its international tour of Australia and New Zealand, The Dock is delighted to host a performance of the award winning I ♥ Alice on Tuesday, 11th June.

Fresh from its international tour of Australia and New Zealand, The Dock is delighted to host a performance of the award winning I ♥ Alice on Tuesday, 11th June.

Alice and Alice are coming out. Finally. Two exceptional, opinionated women were spotted winking at each other in Crumlin Shopping Centre. Now they’re in a show… reluctantly. Defying stereotype, they’re here to share with you something they’ve never dared to before. A fresh, human and hilarious piece, I ♥ Alice explores the monumental journey of a most unlikely couple.

I ♥ Alice is a pseudo-style documentary that follows the lives of two women after a rash decision in the marmalade aisle of the local supermarket.

Alice and Alice deign to tell us the story that led up to that  moment and all the moments in between.

Incorporating death, dreams, Dusty Springfield and a particularly vigorous trip to London, I ♥ Alice, is  at once deeply personal and entirely  universal. It is a moving story, a very  funny story, but most of all, it is a love story.

Winner of two Dublin Fringe awards in 2010 including the Fishamble New  Writing Award, this stirring piece of documentary theatre is an unflinching  and acutely personal love story. It has moved audiences from Iceland, New York, Tasmania and Scotland and now it’s in The Dock and is guaranteed to bring out the love in you!

This performance is made possible through the continuing support of Leitrim County Council and  The Arts Council.