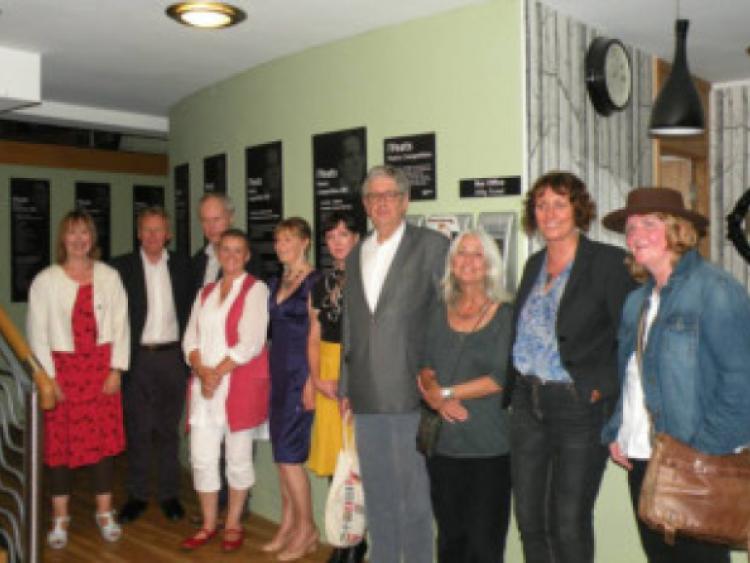 Manorhamilton poet Cróna Gallagher was commended at the 2013 IYeats Poetry Competition in Sligo.

Manorhamilton poet Cróna Gallagher was commended at the 2013 IYeats Poetry Competition in Sligo.

The much awaited results of the 2013 iYeats Poetry Competition were announced on August 3 as part of an evening of poetry and music at Hawk’s Well Theatre, Sligo. Cróna was commended and shortlisted for an award at the prestigious event. Her poems have been featured most recently in Revival, The Chattahoochee Review (Irish issue), Magma, Popshot, The Moth and Poetry Bus 3 magazines. Cróna’s short stories have been published in Prairie Schooner, Cranng, The Dublin Quarterly, Drunken Boat and elsewhere. Her collection of poetry is ‘The Doves of the Forest Night’ (Lapwing P). Her fiction has been shortlisted for the Carver prize and her piece ‘Ballypuca’ was nominated for a Pushcart prize.  She is the recipient of a literary bursary from the Arts Council of Ireland.

In April of this year, Cróna completed a two week literary residency at Arte Studio Ginestrelle in Assisi, Umbria.

The First Prize of €500 was awarded to Breda Wall Ryan from Bray, Co Dublin for ‘Dreamless’.

The Hawk’s Well Theatre celebrated the 5th Anniversary of the compeition by inviting all competitions previous judges to return to Sligo.

The top four winning poems are now on display at the Hawk’s Well Theatre & online at www.hawkswell.com.