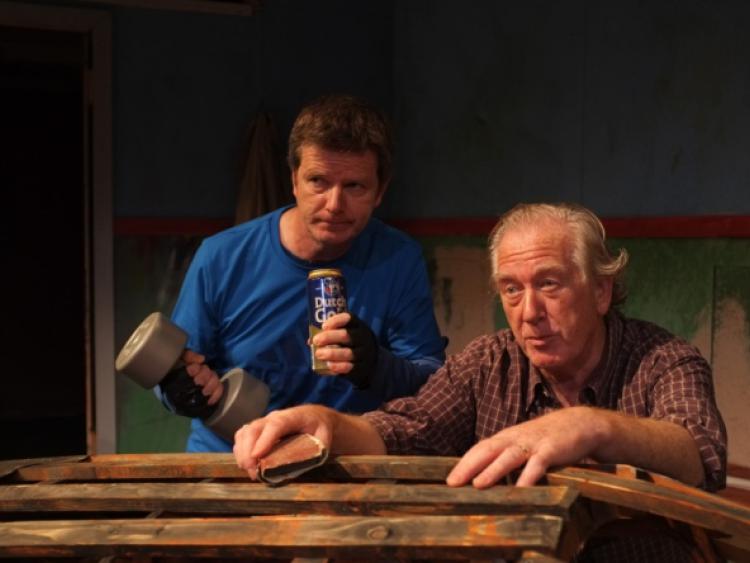 The Hawk’s Well is delighted to present the Dublin hit ‘Beyond the Brooklyn Sky.’

The Hawk’s Well is delighted to present the Dublin hit ‘Beyond the Brooklyn Sky.’

The play is directed by Peter Sheridan for two nights on Wednesday and Thursday, October 23 & 24 at 8pm. Tickets are €20/€16 concession.

Beyond the Brooklyn Sky was a huge critical and commercial success at the 2012 Dublin Theatre Festival. Presented by Red Kettle Theatre Company in association with Garter Lane Arts Centre, written by Michael Hilliard Mulcahy and directed by Peter Sheridan this show had a hugely successful run in 2012 and is currently touring Ireland.

A story of friends reuniting after 20 years, their past is a powder keg waiting to explode ... the only question is who will strike the first match. They grew up together, dreamed together and emigrated together from the Kerry town of Brandon in the late eighties. America didn’t quite fulfil their dreams and they returned home, chastened but wiser.

And now they gather to welcome home one of their own, Jack Flynn, who has flown solo across the Atlantic.

It should be a celebration ...But the ordinary can be extraordinary - can Greg and Mags rekindle their childhood love, can Brendy and Josie stop their marriage from splitting apart as he prepares to take to the seas on a voyage of his own...will Jamesie find the truth about his son Jimmy – lost on the streets of Brooklyn.

The past is a powder keg waiting to explode ...the only question is who will strike the first match.

‘Lovingly drawn and well executed… you’ll walk away invested in the characters, moved and sincerely wondering about what happens next’- Enterainment.ie ****