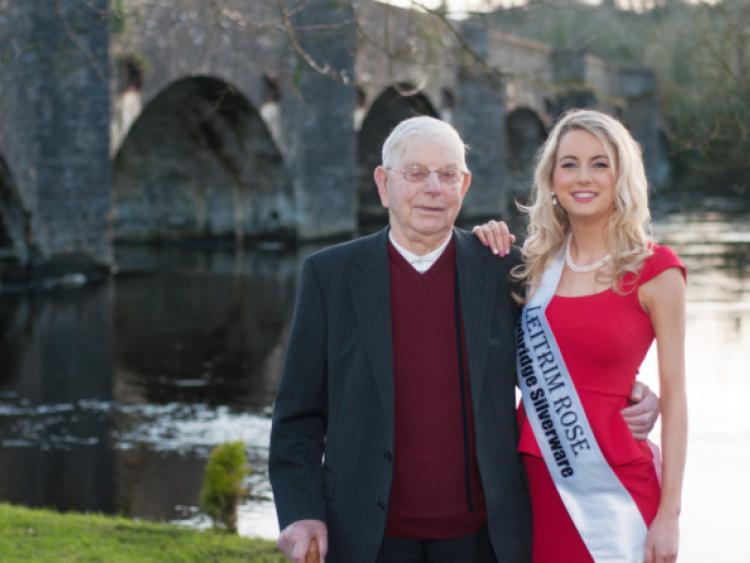 The Leitrim Rose Selection competition 2014 has been officially launched this week.

The Leitrim Rose Selection competition 2014 has been officially launched this week.

The search is now on to find the finest Leitrim Belle to represent the county on the nationwide traditional Rose of Tralee.

Proud grandfather Hughie Guckian (95) was alongside granddaughter Edwina, the 2013 Leitrim Rose to officially launch the search for the 2014 Leitrim Rose this week.

The Leitrim Rose Selection night, one of the most glamorous events on the Leitrim social calendar, will be held in The Bush Hotel, Carrick-on-Shannon on Sunday May 4.

Are you the next Leitrim Rose or would you like to nominate someone you think would be a great ambassador for Leitrim?

All you have to do is fill out an application form at www.roseoftralee.ie/leitimrose or contact Fiona at rose.leitrim@gmail.com

Application closing date is March 31st. Tickets for the night go on sale on April 2nd.

The international Rose of Tralee festival will celebrate 55 years this year and will be held from August 15 -19, 2014.

Escorts should also apply at roseoftralee.ie