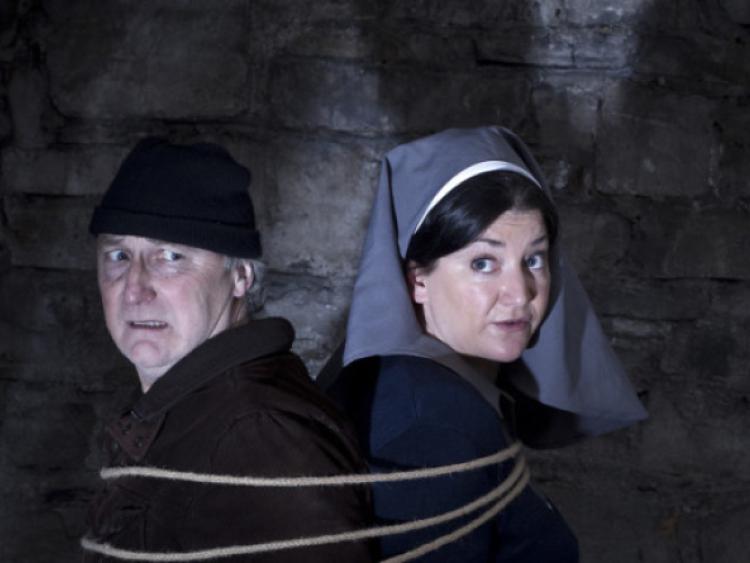 Living in Manorhamilton, Donal O’Kelly is one of Ireland’s foremost socially engaged playwrights.

In this new stream-of-consciousness thriller, Little Thing, Big Thing, he pulls out all the stops.

You make a promise to someone: you have to keep it. You may not want to, but you must.

And that little thing, leads to a bigger thing, and big and powerful people start to take notice - and they won’t want you to keep that promise.

But you have to keep going, don’t you?

And you have to keep going until you find more people, and more people to make this little thing a very big thing indeed.

In Nigeria, a frightened child puts an old roll of film into the hands of Dublin-bound teacher Sister Martha. In Dublin, ex-con Larry, with a wounded backside, has to get out of the city to rob a convent.

Meanwhile, Scarab Oil plans to unleash its new clean fuel of the future.

The film roll Martha is carrying attracts the urgent interest of some very powerful and ambitious people.

They play Martha and Larry, who take a high octane jump into the brutal world of international energy skulduggery and awaken passions they thought were long behind them.