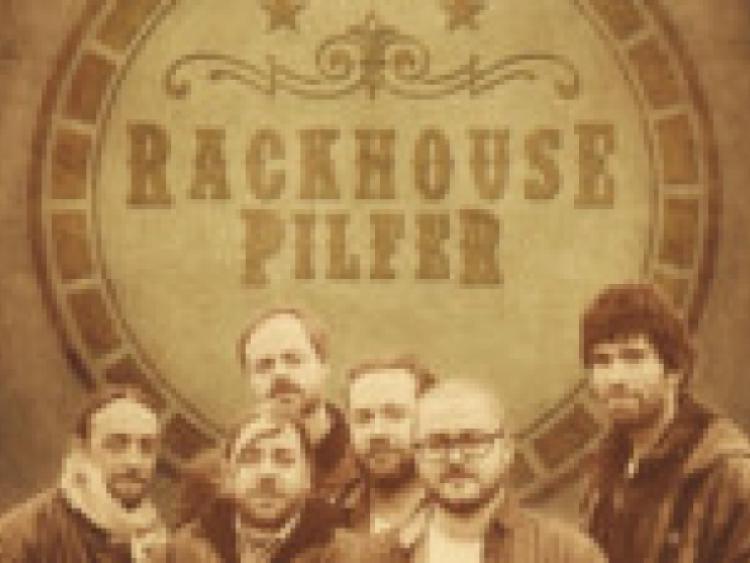 The brilliant Rackhouse Pilfer make their Dock debut this Friday 23rd May.

The brilliant Rackhouse Pilfer make their Dock debut this Friday 23rd May.

The rise of Rackhouse Pilfer is unstoppable. They have been enthralling crowds throughout Ireland, Europe and most recently Nashville since they formed in Sligo in 2012. They play their first gig in The Dock to launch their new album Love & Havoc.

Rackhouse Pilfer formed in 2012 by the fireside of McGarrigles bar in Sligo, performing an acoustic set of bluegrass and folk hits from their favourite Americana artists. It wasn’t long before they had to be plugged in to be heard due to their growing popularity. In that short time they have supported Imelda May, Paul Brady, Mundy, Royseven, Beoga, Birds of Chicago (USA), Cabin Collective & Leo Moran of the Saw Doctors. They have shared the stage with Kila, Brian Kennedy, Jack L, Fiachna O’Braonain, Eleanor McEvoy,

Following the release of their first album “Back to the country”, Rackhouse Pilfertook their electric and energetic stage show to some of Irelands biggest festivals and venues including the world famous Omagh Folk Park Bluegrass festival, Body and Soul, Sligo Live 2012 and 2013 where they opened for headliner Imelda May, Monaghan Blues Festival, Whelan’s, The Empire, Monroe’s, Crane Lane and many more. They set off on their first European tour in the summer of 2013, performing at festivals in Italy, Switzerland and France which included a storming performance and standing ovation at ‘La Roche Sur Foron’ – widely regarded as Europe’s biggest Bluegrass Festival.

January 2014 saw Rackhouse Pilfer jet off to Nashville, Tennessee to record their new album of all original tracks entitled “Love and Havoc L” at Alex the Great studios with producer Brad Jones.

While in Nashville Rackhouse Pilfer were invited to perform with John Carter-Cash, son of Johnny Cash as his special guests together with Raelyn Nelson, Granddaughter of Willie Nelson.