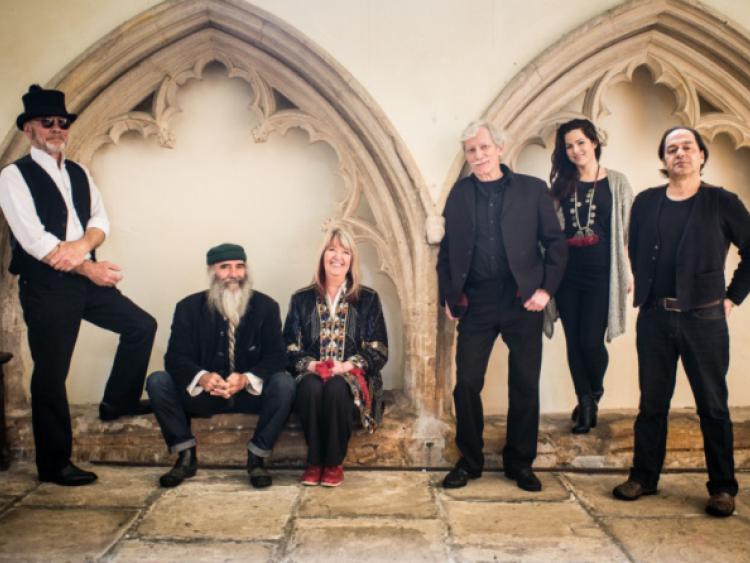 Folk rock pioneers Steeleye Span are celebrating 45 years with a new live show and come to the Hawk’s Well Theatre, Sligo on Tuesday, May 20 at 8pm.

Folk rock pioneers Steeleye Span are celebrating 45 years with a new live show and come to the Hawk’s Well Theatre, Sligo on Tuesday, May 20 at 8pm.

Although a legendary name in British folk, the music of Ireland has always had a strong bearing on the career of Steeleye Span and so it is fitting that their 45th Anniversary tour will see them return to the country for the first time in many years.

Contemporaries of the likes of Led Zeppelin and Fairport Convention, Steeleye went to change the face of folk music forever, taking it from small clubs and festivals into the world of chart topping albums and international tours.

This milestone comes in tandem with the release of the band’s latest album, one of the best received in their long career. Wintersmith is collaboration with the world-renowned author Sir Terry Pratchett, a musical interpretation of his novel of the same name.

The subject matter was completely appropriate for Steeleye, a tale of ancient rituals and secret folk dances that perfectly complemented their previous work whilst taking it in new directions. Its release has seen the band make a range of high profile media appearances, including Later and the BBC Radio 2 Arts Show.

Part of the Steeleye story has been the individuals that have contributed to the band’s history, providing a home for a long list of some of the world’s finest musicians. The current line up of mainstay Maddy Prior plus Rick Kemp, Liam Genockey, Julian Littman and Peter Zorn follow such names such as Martin Carthy, John Kirkpatrick, Tim Harries, Bob Johnson and, most recently, long standing violinist Peter Knight. With his recent departure, the band have embarked on another new exciting chapter as they introduce latest member Jessie May Smart.