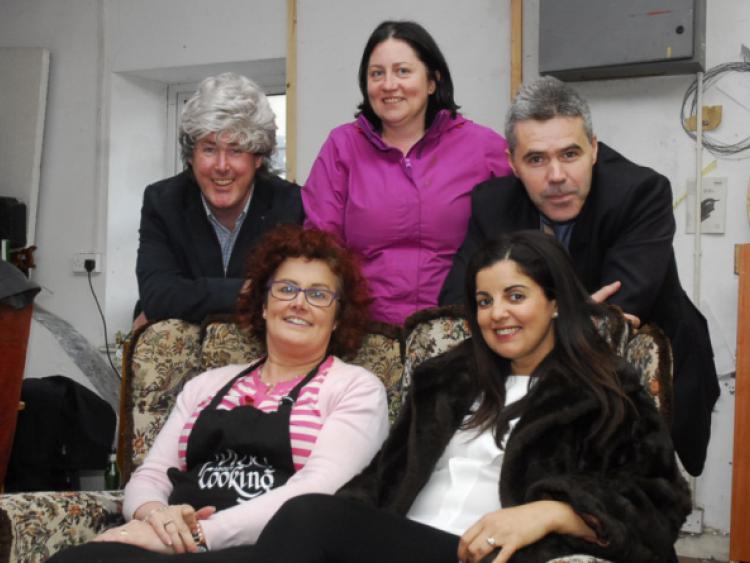 Breffni Players are finalising rehearsals for two One Act plays which take place on July 21 and 22 in the Patrician Hall, Cortober.

Breffni Players are finalising rehearsals for two One Act plays which take place on July 21 and 22 in the Patrician Hall, Cortober.

‘A Night to Remember’ by Westmeath playwright Jimmy Keary, is directed by Sinead Quinn.

In this fast- paced farce, the hapless Gerry O’Brien is planning a small dinner party at his humble home in order to impress his boss, the lecherous Leonard Fletcher and secure a long awaited promotion.

When his girlfriend Samantha fails to turn up at the last minute, Gerry’s night descends into madness with moments of great hilarity.

Also on the bill is ‘Can I make love to my girlfriend?’ This is a new play written by Wayne Denniston. Readers may remember his previous play ‘Ould Hornie’ which shared the bill with the Breffni Players last year.

Ciaran Kelly directs this comedy which has particular local significance as the play is set in Carrick itself.

These shows take place at 8.30pm at the Patrician Hall.

Tickets available on door for what will be a midweek treat for all drama lovers!

The Breffni Players were set up in Carrick-on-Shannon over 65 years ago and pride themselves on professional, dramatic and hilarious productions.