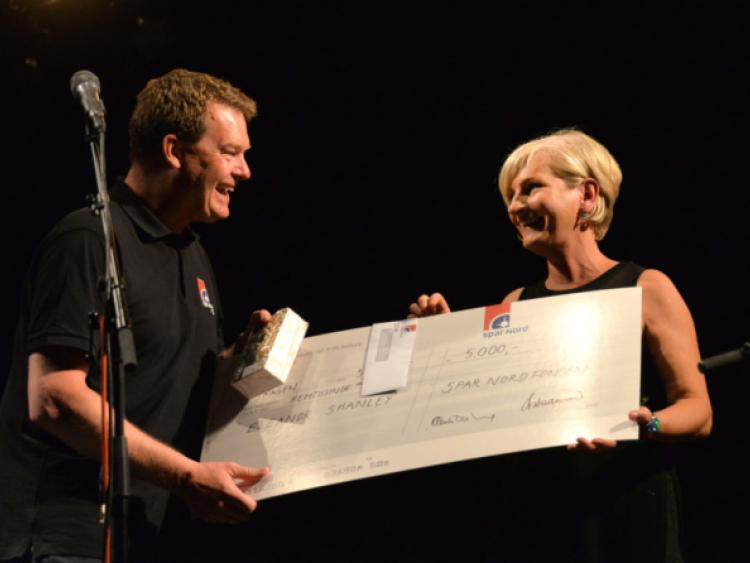 Eleanor is only the second Irish winner of this prize after The Dubliners won it in 2004.

This prestigious award comes on the back of Eleanor announcing her new album Forever Young for a release date of 25th September as well as an Autumn/Winter tour which starts in October and goes right through to December.

The Danish Folk Prize Award was presented by Morten Kock, Director of Spar Nord Bank last weekend to Eleanor, when she was in Denmark to perform at The Skagen Festival alongside De Dannan.

The award states “The main reason that the choice fell on the Irish skylark this year is that she, throughout her career, has helped keep the folk music tradition alive.

“Eleanor visited the festival for the first time in 1998 and has over the years been an esteemed artist at the festival. She has subsequently gained a large audience in Denmark.”

Since her initial appearance Eleanor Shanley has repeatedly been on tour in Denmark, giving the audience a unique experience of the Irish musical tradition in all it’s facets.

Eleanor is a great ambassador and an inspiration for the Irish folk music scene that she represents in the most exquisite way.”

After returning home, Eleanor said, “This is such an honour, since my first performance at the Skagen Festival in 1998, I have loved each return visit to the festival and each tour in the country.

“To be given the honour of The Skagen Festival’s ‘Folk Music Prize 2015’, thrills me greatly, but also makes me proud of my relationship with the country and its folk music fans.”

Eleanor continued, “What makes the award even more special is that I am only the second Irish artist since its inception in 1995 to be given the honour, alongside the wonderful Dubliners.”

Eleanor is currently part of the Leitrim Music Residence programme.

“Gorgeous And Bright” in its first week at radio, at the end of June, went straight onto the RTE Radio 1 playlist together with many other Independent radio station play lists around the country.

Eleanor’s ‘Forever Young Autumn / Winter tour 2015’ will commence on October 16 in Virginia, Co. Cavan hitting a number of counties and finishes on Saturday, December 5 at The Dock, Carrick-on-Shannon.