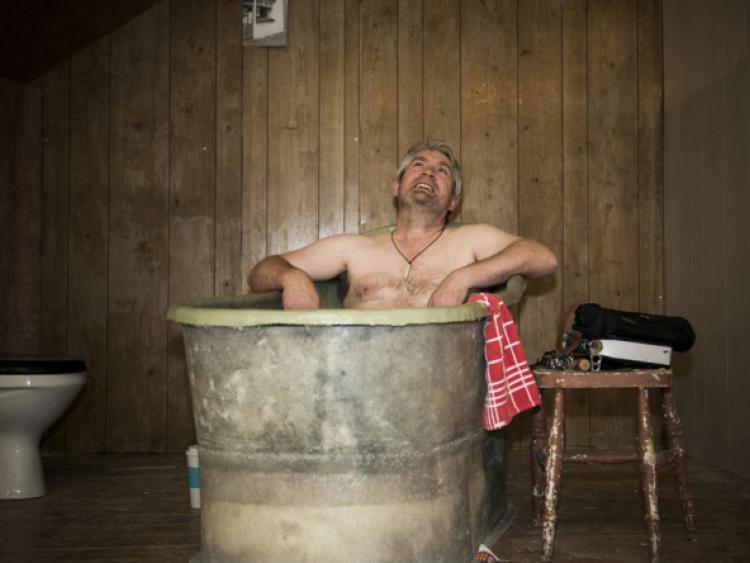 Thursday, August 1 The Corn Mill Theatre, Carrigallen will see the first performance of the new production of The Quare Land by John McManus.

Thursday, August 1 The Corn Mill Theatre, Carrigallen will see the first performance of the new production of The Quare Land by John McManus.

Directed and starring Seamus O’Rourke with Shane Carroll, the comedy will tour nationwide until mid-December.

“One thing is for sure, you will see Seamus O’Rourke as you have never seen him before!” says Will Govan of Moth Productions. Ballyconnell’s John McManus, a participant on the New Playwrights Programme at The Abbey Theatre, said “I went to see For Club and County and was very impressed and arranged a meeting with Will to see if he would be interested in producing The Quare Land. Happily he was, and we were delighted when Seamus agreed to direct and star in the show. You need a very strong actor to play opposite Seamus and so when Shane Carroll agreed to play Rob we were all thrilled”.

Seamus O’Rourke will play 90 year old bachelor farmer Hugh Pugh, a Cavan man who receives a visitor while taking his first bath in 4 years. The visitor is Rob McNulty, played by Shane Carroll, a property developer under pressure to buy a field to extend his nine-hole golf course in Leitrim. He expects to be able to negotiate a quick deal but since Hugh seldom has any visitors to his lonely farmstead, he is not about to let Rob slip away without a big chat first and then, when it comes to agreeing a price for the field he proves himself to be far from the eejit he makes himself out to be.