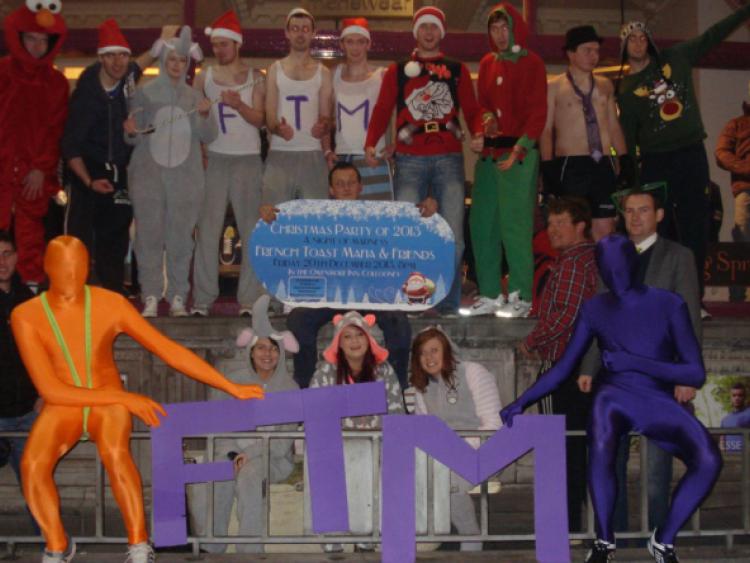 Two causes are to benefit from Sligo’s wildest Christmas party on friday, December 20.

Two causes are to benefit from Sligo’s wildest Christmas party on friday, December 20.

Sligo’s biggest Christmas party of 2013 is set to take place on Friday, December 20 in the Owenmore Inn, Collooney.

The night in question is being run by French Toast Mafia, a Sligo Rovers Astro League soccer team.

A night of fun filled games: face painting, French Toast games and music by The Quakers are just some of whats on the cards.

An Ice-Bath competition will also take place on the night to see who can last longest.

Speaking to one of the organisers Thomas Walsh he stated, “A great night is planned for two great causes with some big surprises on the night and what`s more its free admission, however we are advising people to come early due to the interest in the event”.

All proceeds are in aid of Friends of Sligo General Hospital (Paediatric fund) and Ballygawley Lawnmower Fund (50/50).

The event will begin at 8pm, strictly over 18s and more info can be got from ballygawleyenterprisedevelopment@yahoo.ie.

The massive festive party was launched last week with local businesses getting involved in the fun around Sligo Town with French Toast Mafia- The 4 Lanterns, EJ`s, O Connell Street Sligo and Shenanigans.