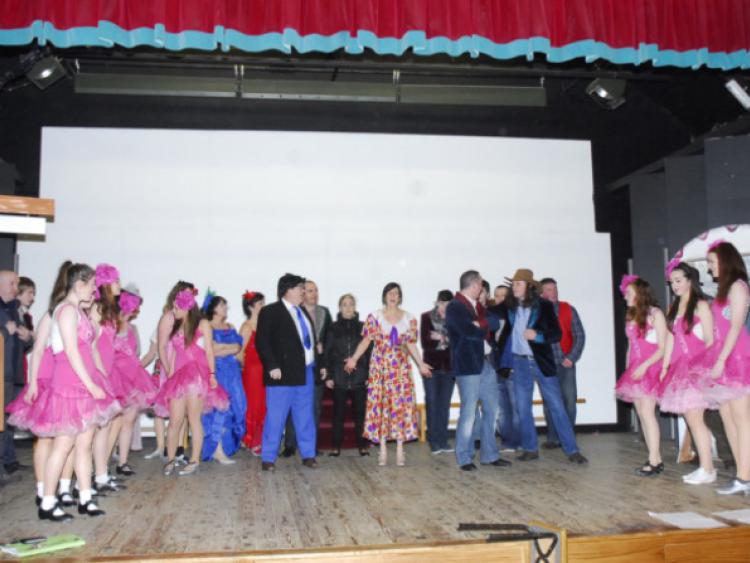 Ballinamore Musical Society presents ‘Crazy for You’ in the town’s Community Centre starting this weekend, February 22 -23.

Ballinamore Musical Society presents ‘Crazy for You’ in the town’s Community Centre starting this weekend, February 22 -23.

As always this very talented cast will have you singing, clapping and foot tapping in your seats as you and you family enjoy this light-hearted and fun production with familiar faces playing leading characters.

Set in 1930s New York City, banking heir and show biz wannabe Bobby child (Jimmy Stenson) auditions for Bela Zangler (John O’Connell) but fails to make the grade. His mother (Anita Harte) demands he gives up his dreams and send him to Deadrock, Nevada to forclose an empty theatre.

In Deadrock Bobby meets Polly Baker (Cait Sammon Cullen) and falls in love. They try to save the theatre and put on a show with chorus girls from NYC and Bobby disguised as ‘Bela Zangler’ things get messy when Polly falls for ‘Bela’ and then the real ‘Bela’ stumbles in. Comedy and drama will also be provided by Colm O’Reilly, Jim Smith, Grace Stenson and Marian Burns. There are plenty of laughs, falls, fights, drunkenness and comedy as well as the spectacular singing and dancing from the 40 on stage cast.

Ballinamore Musical Society was founded in 1976 and have put on a host of musicals and shows over the years to much acclaim. This hilarious musical is produced and directed by the talented Sean Creamer with Musical Director Gerarda Burns and Choreographer Ciara Duignan.

The massive undertaking has almost 70 people involved and rehearsals began way back in September last year to make this show a real success.

So dust off the winter cobwebs and take the whole family out for a fun and memorable night.