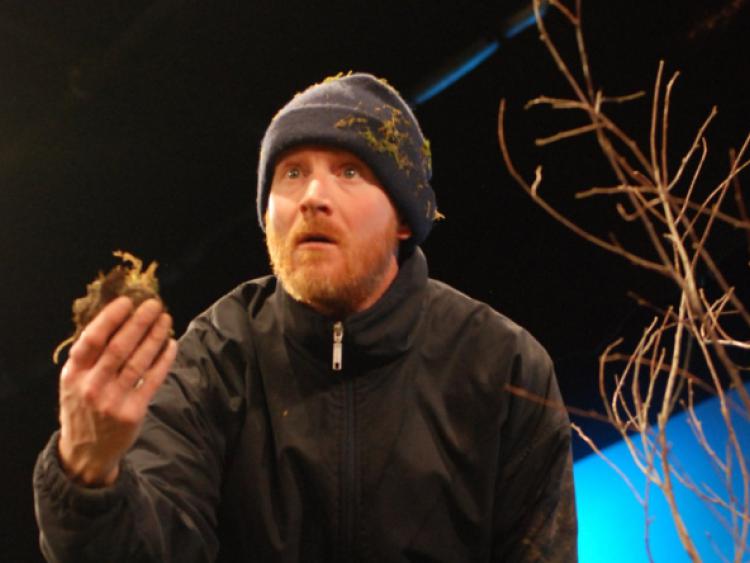 Big Guerilla Productions present ‘Dig’ written and directed by Seamus O’Rourke at the Hawk’s Well Theatre on Wednesday, May 14 at 8pm.

Big Guerilla Productions present ‘Dig’ written and directed by Seamus O’Rourke at the Hawk’s Well Theatre on Wednesday, May 14 at 8pm.

Carrigallen Playwright and Director, Seamus O’Rourke has become well known in the theatre world for tackling serious contemporary social issues through humour and some very quirky, but recognisable rural Irish characters. ‘Dig’ is no different…

Two old friends, Tom O’Donnell and James McHugh are digging a grave for local character ‘Smokey’ McCormack. The spirit of the recently deceased man joins them on stage for the entire play, but it’s still too late for Smokey to explain exactly what was going on with certain members of the local GAA team in his house in the years leading up to his death.

Tom O’Donnell’s son was a member of that team until he was killed in a road accident and so too was James McHugh’s son… he went to England to work shortly after his friend died and young Terry McCann was there and now reluctantly joins the grave digging party. In some parts of rural Ireland graves are still dug by friends and neighbours of the deceased and not by professional gravediggers.

From its beautifully realised setting and lighting to its accurately drawn characters, this is a story so powerful and captivating from its opening words, yet so full of wit and humour throughout.

O’Rourke himself revisits one of his finest roles as Big Tom O’Donnell and audiences throughout the country are in for a real treat. Dig comes to the Hawk’s Well Theatre on Wed 14th of May at 8pm.

“Seamus O Rourke’s writing brings to the stage the real lives of the people in rural Ireland” -Charlie McGettigan.

Also this month, Ballet Theatre UK are touring Ireland this Spring and bring their production of The Little Mermaid to the Hawk’s Well Theatre on Tuesday, May 13 at 7.30pm.

Join Ballet Theatre UK on this dramatic re-telling of Hans Christian Andersen’s all-time favourite story of The Little Mermaid, who falls in love with a human.