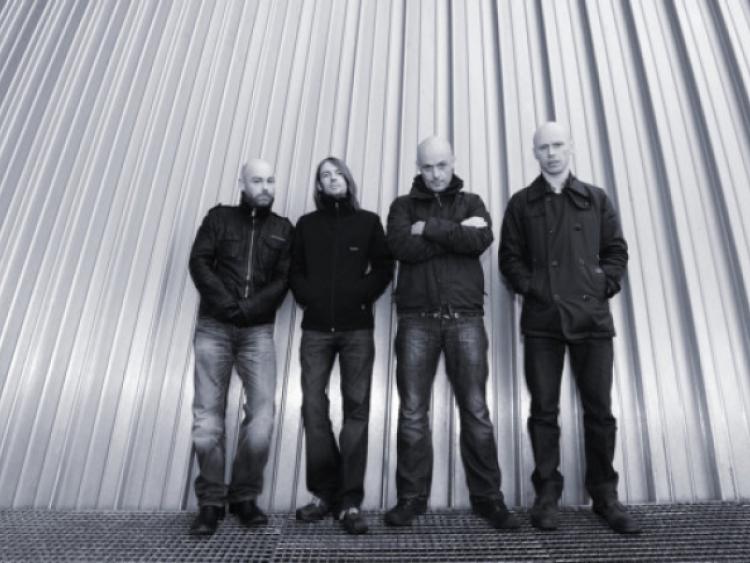 KAN have announced their first Leitrim concert in The Glens Centre, Manorhamilton on Thursday, May 1 at 8.30pm.

KAN have announced their first Leitrim concert in The Glens Centre, Manorhamilton on Thursday, May 1 at 8.30pm.

Featuring Brian Finnegan (Flook!) and 2014 BBC Folk Musician of the Year Aidan O’Rourke (Lau), KAN have announced details of a tour starting May 1 in Glens Centre, Manorhamilton, May 2 An Droichead Belfast, Cultúrlann Ui Chanáin in Derry on May 3 and the final tour date a headline show in Whelans Dublin on May 4. It is a great coup for Leitrim to get this concert, especially with only four Irish dates announced.

Kan is a union of four of the finest, most influential, award-winning, in demand artists of the traditional music world. A formidable live act that has captivated audiences at home and around the globe, they have performed sold-out shows in Japan and India, a blistering headline slot at Ortigueira Festival in Galicia and a show-stealing performance at WOMEX 2013.

Kan is a unique melding of the bold and beautiful flute virtuosity of Brian Finnegan from Armagh with the expressive and daring fiddle deftness of Aidan O’Rourke from Scotland’s Isle of Seil, cemented by the organic and intuitive drumming of Harrogate’s James Goodwin and the unfettered, playful guitar reinventions of Yorkshire native Ian Stephenson.

Their acclaimed debut album ‘Sleeper’ released last year garnering praise from MOJO, Songlines and fRoots and a new album is planned for 2015.

Irish flute and whistle genius Brian Finnegan has recently released his long-awaited solo album, The Ravishing Genius of Bones, to rave reviews all round, and was nominated a Musician of the Year in the 2011 BBC Folk Awards. Aidan O’Rourke has been electrifying audiences across the world these past few years in the company of the mighty Lau who continue to push the frontiers of accoustic music with their creative collective power.

KAN takes the listener on a high-octane and dynamic journey that will enthral the senses and make the blood rush.

Their sound is experimental yet deeply rooted in the folk traditions of Scotland, Ireland, Northumberland and beyond. Kan has joined the pantheon of new bands moving instrumental trad music in bold new directions.