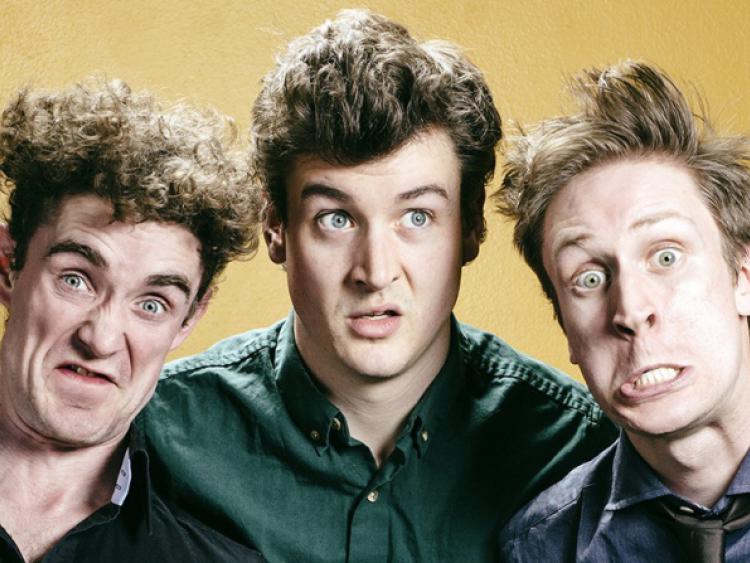 When Foil Arms & Hog played The Dock last year they completely wowed the audience who came to see them with their highly original and brilliantly funny sketch comedy style.

When Foil Arms & Hog played The Dock last year they completely wowed the audience who came to see them with their highly original and brilliantly funny sketch comedy style.

The great news is that this troupe dubbed by the critics as a ‘powerhouse of sketch comedy’ are back again on Thursday, April 16 with their brand new show ‘Begorrah’

The trio recently completed a hugely successful World tour that began in London took in Chicago, San Francisco, Los Angeles, Adelaide amongst others and culminated in a sell out show at the 1000 seater venue, Vicar Street in Dublin.

Their shows at this year’s Dublin Fringe Festival were also completely sold out so it is hardly surprising that the trio have over 4 million hits on Youtube, are starring on Jason Byrne’s TV3 show ‘Snaptastic’ and have sold out six years running at the Edinburgh Fringe Festival and won a comedy award at the Adelaide Fringe festival and are working on a sitcom for BBC3.

They even have celebrity fans! Rowan Atkinson came to FA&H’s show this year in Edinburgh, even emailing afterwards to express his gratitude. On another night, Tommy Tiernan bought a ticket and was given a terrible seat up the front where the lads couldn’t take their eyes off him!

With backgrounds in stand-up and acting, the trio have developed a sketch show format with a difference: a refreshingly informal style that involves and engages their audience, drawing influences from their time with Foster’s and BARRY award winning clown Dr. Brown and training from prestigious Saturday Night Live feeder school Second City, Chicago.

In the ‘Begorrah’ show you’ll find out what happens at an Irish Intervention for a boy who ‘doesn’t drink’, you’ll see the self indulgent ‘La Bullshat’ theatre group, and you’ll meet Christian Rockers ‘God Vibrations’

If you see one comedy show at The Dock this year make sure it is this one! We guarantee that you will laugh until you cry.