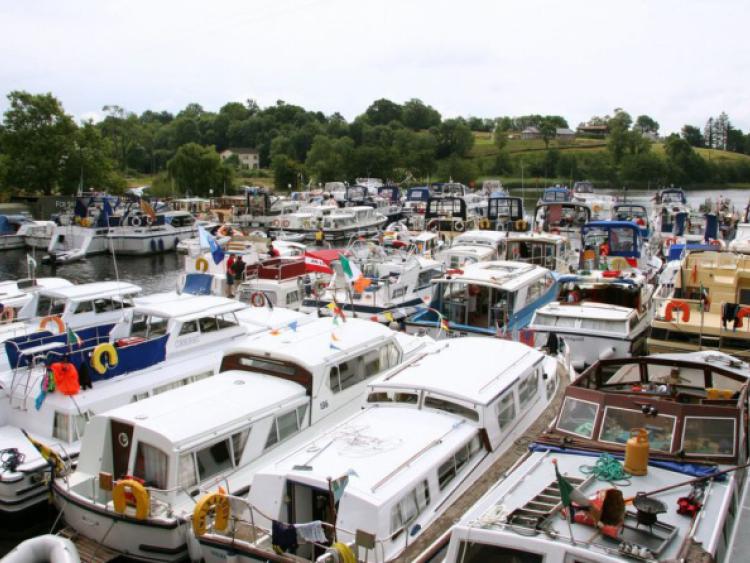 Organised jointly by the Carrick-on-Shannon and Athlone Branches of the Inland Waterways Association of Ireland (IWAI), the Shannon Boat Rally (SBR) is the most prestigious and well-attended boating event on Ireland’s inland waterways and this year returns to the north Shannon.

Organised jointly by the Carrick-on-Shannon and Athlone Branches of the Inland Waterways Association of Ireland (IWAI), the Shannon Boat Rally (SBR) is the most prestigious and well-attended boating event on Ireland’s inland waterways and this year returns to the north Shannon.

Starting in Rooskey on the 25th July and finishing in Carrick-on-Shannon on the August bank holiday weekend. 2015 rally marks the 55th anniversary of the Shannon Boat Rally and it is a very special occasion in the annual IWAI boating calendar. The organising committee are planning a range of rally events and activities to suit all ages.

At a meeting of the Carrick-on-Shannon Branch of the IWAI, Jean Kennedy from North Dublin was unanimously elected Commodore of the prestigious IWAI boat rally. Jean is no stranger to the Shannon waters.

With her husband Frank and her family they bought their 1st boat “Norseman” some 12 years ago in Athlone. Over the years they have explored the vast extent of the waterway from Killaloe in the south to the upper reaches of the Erne waterway.

As the family grew Jean immersed herself in the IWAI promoting its aims and is currently a member of the very active Carrick-on-Shannon branch executive and a director of the IWAI governing central executive.

The SBR has grown from humble beginnings. The first SBR Rally was launched at a civic reception in the Royal Hoey Hotel Athlone in 1961 with over 71 boats participated. That 1st year, the rally travelled from Athlone to Jamestown and on to Carrick-on-Shannon.

From its origins in 1961, the rally has grown in popularity every year attracting up to 100 boats annually crewed by over 400 adults, teenagers and children who participate in sports, games, water and boating competitions, quizzes, talent and music events while improving their boating skills and safety practices on our waterways.

The rally brings water users of all experiences together to share in a common purpose to enjoy the waterways, appreciate the natural setting and value of the waterway and to share safe boating know-how and improve their boating skills.

Commodore Jean expects an entry of over 100 boats. Over the 55-year history of the SBR, almost 3,000 boats and 12,000 people have participated in the boat rally on the Shannon making a substantial economic contribution to the towns and villages along its annual itinerary route.

Commodore Jean, following the leadership of previous commodores, explained “That main objective of the Shannon Boat Rally is to bring all types of boaters together to participate in a ten day long water based fun events for families and friends on the river. “

The rally has attracted many boaters to our inland waterways (home grow and from overseas) and promoted development of facilities along the navigation as well as bringing a great dynamic and valuable business to the towns and villages along the river and lakes. The rally also encourages responsible use of the waterways for the benefit of all waterway users and has a strong educational and safety theme throughout.

The 55th rally begins on Saturday 25th July and runs until Sunday 2nd August. Boats will travel from all locations to arrive in Rooskey by Saturday evening 25th July for the official start of the activities.

Following a two night stay in Rooskey, the rally will then travel to Kilglass, Co. Roscommon, followed by Drumsna, Jamestown and finishing up in Carrick-on-Shannon with a Gala Dinner and prize giving in The Bush Hotel.

For details on the Shannon Boat Rally 2015 (including on line entry) see www.shannonrally.iwai.ie