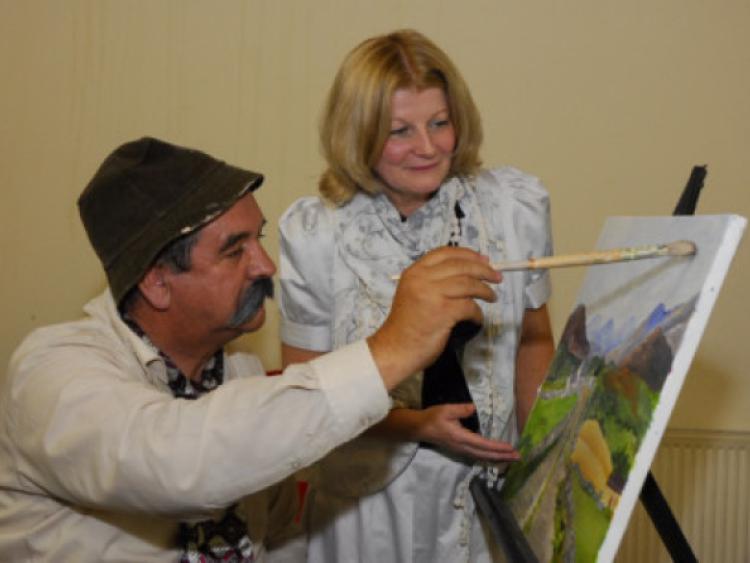 Percy French, the raconteur is coming back to Mohill this weekend for the much anticipated Percy’s Party.

Percy French, the raconteur is coming back to Mohill this weekend for the much anticipated Percy’s Party.

The County Leitrim Percy French Society under the artistic direction of Tish Dunleavy & Frank Cadam and in association with The Gathering 2013 will present a weekend celebrating the works of Percy French from Friday to Sunday May 3-5. The weekend of events will be a chance for people to get know the great Irish treasure that was Percy French, the man who loved and immortalised this Leitrim area through song and word.

Percy French was a brilliant songwriter, entertainer, watercolour painter and playwright. Despite being born into landed gentry, he was more comfortable with the less well off and the ordinary people of Ireland. He was a great observer of life and all his works capture this.

Percy French witnessed first hand the great cultural traditions that are very much part of our heritage. Traditions such as matchmaking, cattle, jobbing, the Fair Day all featured in his works. These traditions were an integral part of life in County Leitrim. His songs & poems involve priests, parsons, matchmakers, farmers, schoolteachers, lawyers, doctors, drapers, grocers, housewives, house husbands, train drivers, conductors and more.

As the event is in association with the Gathering 2013 it is a great opportunity for family & friends from all over to come together and enjoy this great week-end of music, drama, song, art and much much more.

The weekend will be full of fun, drama, music, villainy and all kinds of rascality!

Percy’s Party weekend will officially begin this Friday, May 3 with Mohill’s own Christ Meehan of ‘Chris Meehan and his Redneck friends’ doing the honours of opening the festival. The opening will take place in the Hunt Hall (opposite Mohill Library) at 8pm.

Tish & the Percy French performing group will present Percy’s songs, recitations and parodies and will be joined by ‘The North County Down Percy French Performing Quartet’ from Bangor, County Down. The North Co. Down Percy French performing quartet are a very experienced and professional group. They are coming to Mohill immediately after their annual trip to Formby in Lancashire where Percy French is buried. They accompany themselves with Cello, Banjo and keyboard and they will be a great addition to ‘Percy’s Party’ official opening. Dessie Ronan from Cavan will provide some music on the night. Refreshments will be served.

The fantastic Percy French Art Exhibition in Hunt Hall will include some original watercolour paintings by the artist and will be available to view throughout the entire weekend.

On Saturday May 4, The ‘Sweet Spirit Gospel Choir’ under the direction of Tish Dunleavy will perform at Mass in St. Patrick’s Church Mohill at 9pm followed by the staging of the great Irish play ‘The Country Boy’ in the Hunt Hall. The superb production, which sold out venues in Corraleehan and Newtowngore earlier this year is directed/produced by Frank Cadam and presented by the Sliabh an Iarainn Players. A play about emigration, farming, matchmaking, marriage, unrequited love - the issues that Percy French wrote about, it will hit the spot between drama and comedy and is a real must see this weekend. Part of the funds raised at the play will go towards Hunt Hall NS.

The Sweet Spirit Gospel Choir’ will perform at the Church of Ireland Service in St Mary’s Church Mohill on Sunday, May 5 at 11am.

A great gala night of music, drama, recitations, singing will ensue and you will be guaranteed a wonderful night of pure Irish culture.

MC for the night will be the very competent Jim Smith from Ballinamore. Dessie Ronan will provide entertainment in the build up to the show. There will be workshops arranged at request. If interested in the workshops please contact Tish on 086-0827430.