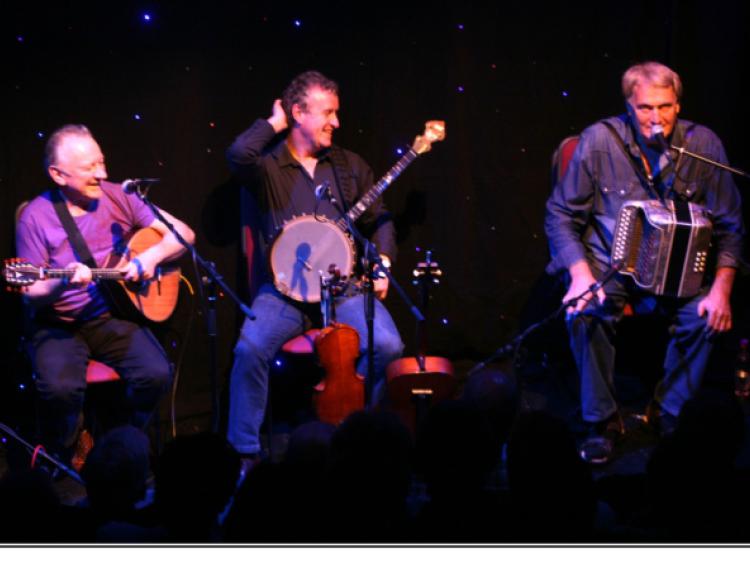 The Glens Centre presents the Leitrim Equation group in concert this Thursday, July 11 at 8.30pm.

The Glens Centre presents the Leitrim Equation group in concert this Thursday, July 11 at 8.30pm.

The Leitrim Equation group has come together as part of the county’s third and final Traditional Band in residency programme and comprises of three legends of traditional music namely Seamus Begley on accordion and vocals, John Carty on fiddle, banjo and flute and Donál Lunny on bouzouki and guitar. They have spent the last year visiting different parts of Leitrim, learning Leitrim tunes and meeting the musicians and people of Leitrim. Now they present the fruits of that labour in concert.

Seamus Begley comes from the Dingle peninsula and is a legend in Irish music. He has toured extensively with Jim Murray, Altan, Steve Cooney and Mary Black to name but a few. Born in London, fiddle and banjo player John Carty is considered one of Ireland’s finest traditional musicians. In 2003 he was awarded the coveted title of TG4 Traditional Musician of the Year. Dónal Lunny needs no introduction having been at the cutting edge of the evolution of Irish Music for thirty five years. As a founder member of Planxty, the Bothy Band and Moving Hearts he played a major part in the renaissance of traditional Irish music in the 1970s and his incredible influence can be heard to this day.

The Group will be joined on the night by some Leitrim guests to truly reflect their time spent in the county over the past year. This concert will be the highlight of any traditional calendar and tickets can be booked on 071 98 55833 or at www.theglenscentre.com