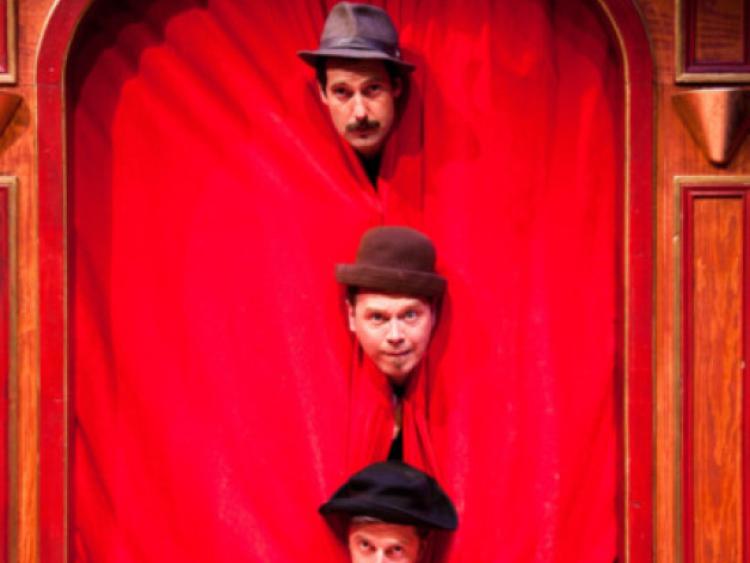 From the team behind the multi-award winning Cirque de Légume comes another impressive adventure in the comic absurd!

In Le Cabaret Oublié, Ringleader, maestro, and boss Chauncy has a vision: to present a perfect cabaret. But the idiots he works with have other ideas. Through spectacular, absurd, and seductive números in dance, music, magic, ventriloquism, and other wonderful cabaret acts, this family of fools takes the audience on a spectacular voyage into the ridiculous. Art imitates life as these hopeful idiots put their hearts on the line to try once and for all to create the Show of All Shows!

Presented by graduates of the Jacques Lecoq school in Paris and creators of the multi-award winning clown circus “Cirque de Légume”, a show which played alongside Cirque du Soleil and Cirque Invisible at the Montreal Complétement Cirque Festival and won the Jury Prize at the 2011 1st Irish Theatre Festival in New York for their off-Broadway run.

Supported by the Arts Council of Ireland Project Awards for Theatre.

Enjoy a show of pure mayhem as two idiots try to put on an amazing circus spectacular using only a chair and a box of vegetables!

The New York Times reviewed it as “Consummate physical comedians!”

The Cirque de Legume was set up in Sligo in 2009 by Jaimie Carswell, Pablo Ibarluzea and Nancy Trotter-Landry. Since it’s creation it has toured to the Dublin Fringe Festival, Edinburgh Fringe Festival and the Montreal Completement Crique Festival. Jamie Carsewell was the main actor in Donal O’Kelly’s ‘the Adventures of the Wet Senor.’

This world premiere is being presented as part of Sligo’s CAIRDE Festival.

Opening party Salsa Night at The Swagman on July 10th from 9pm, celebrates the Season of Yeats with The Countess’ Tea Dance on Friday July 12 and The Jerry Fish Show will be at The Model on Saturday July 13th and tickets are selling fast! The festival will, as always, culminate in everyone’s favourite day out: Park Fest - our annual day-long celebration with music, circus, theatre, kids activities and a great range of arts, craft and food stalls in Sligo’s Peace Park.