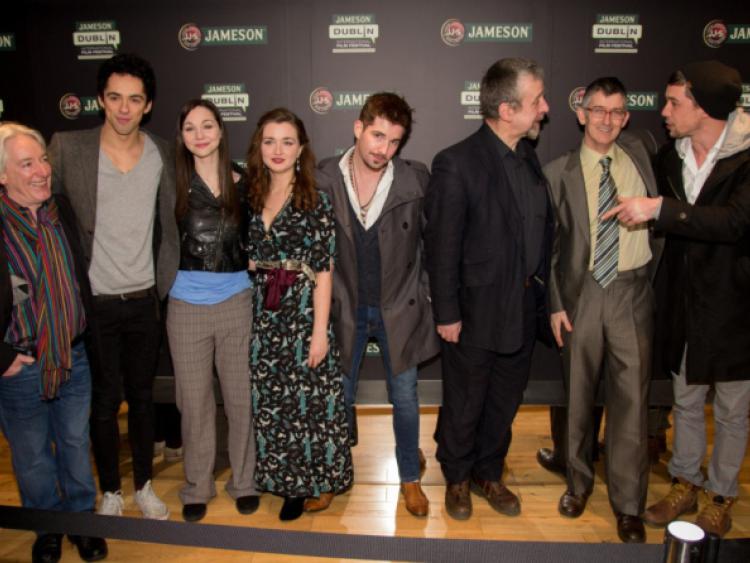 Shot on location in Leitrim and Sligo, Black Ice, directed and by Dromahair’s Johnny Gogan will premiere in cinemas this Friday, September 20.

Shot on location in Leitrim and Sligo, Black Ice, directed and by Dromahair’s Johnny Gogan will premiere in cinemas this Friday, September 20.

Starring Killian Scott and Jane McGrath, the film is a dramatic action thriller set against the backdrop of the local petrol-head scene in rural Ireland.

Set in a clandestine road racing scene where Jimmy is considered “top dog” among the petrol heads, the film follows his and Alice’s struggle to break into the legit professional rally scene, but there are other forces at work in this shadowy border world threatening to undermine their ambition.

Johnny Gogan, while expressing his gratitude to the film’s wonderful cast commented, “We’re really looking forward to the release of the film on September 20. All of our cast and dedicated crew worked tirelessly on the project, so to see the final result on the big screen and to have the appreciation of an audience is really important.”

The title track for the film performed by Myster E and Sarah Crummy and written by Johnny Gogan and Myster E has been released as a single in Ireland and available on iTunes.

Black Ice was produced by Bandit Films and Still Films, with the support of The Irish Film Board / Bord Scannán na hÉireann.