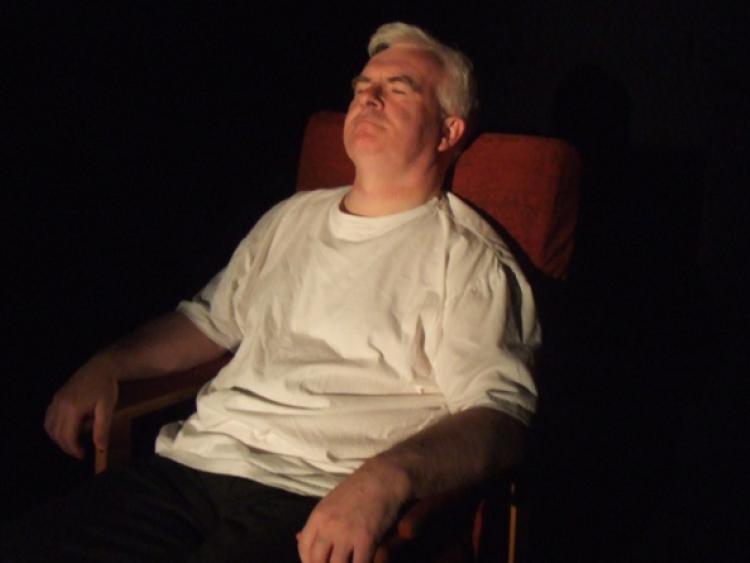 The hugely popular Beezneez Theatre Company tour of John McDwyer’s play, An Ordinary Man, plays for one night at The Glens Centre, Manorhamilton on Thursday, November 28.

The hugely popular Beezneez Theatre Company tour of John McDwyer’s play, An Ordinary Man, plays for one night at The Glens Centre, Manorhamilton on Thursday, November 28.

An Ordinary Man previewed in King House, Boyle in September and has been playing to full houses and standing ovations since then.

The visit to The Glens Centre is part of a massive 16 venue tour which continues until early December and is a homecoming performance for Manorhamilton’s own Gerry Farrell whose astounding performance has been drawing laughter and tears in equal measure form audiences all over Ireland.

An Ordinary Man began life as one part of John McDwyer’s play Love Is… and when Beezneez Theatre Company premiered the play in 2007 it received such acclaim that it was revived in 2008 to tour to Dublin and London. Now John McDwyer has re-written and expanded this section of the play to full length (1hr 15mins) under the title An Ordinary Man.

Gerry Farrell, in the lead role plays a myriad of characters from missionary priests to cynical teachers to mad football trainers in a journey of delicious delight.

An Ordinary Man takes us on the life journey of a simple sawyer through births, deaths and marriages with a bit of football and ballroom dancing thrown in just for craic until, ultimately, we realise that while there may be an ordinary man, there is no such thing as an ordinary life.