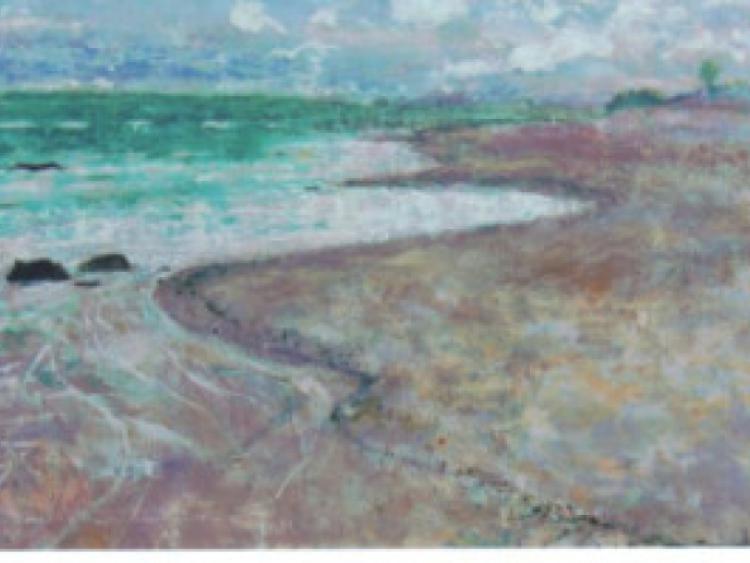 There are two exhibitions, “Sea Change” by John Gunning, and “Works in Colour- Picking up the pieces” by Anja Nohlen. These two exhibitions are in complete contrast to each other in subject and medium, yet somehow they balance each other and form an  interesting contrast.

This is Anjas first major exhibition, having previously shown her colourful hangings in group shows and has also had  private commissions. When one gets to talking about “mixing colour in painting” John Gunning’s work is a prime example: aptly titled “Sea Change”, many of his works in this exhibition portray the moody changes you get in the sky over an expanse of sea.

The two exhibitions will be opened at 7.30pm this Friday by Jennifer Richardson. Jennifer is a photographer as well as being a respected member of Solas . These exhibitions continue until March 8th Solas gallery is above the Four Seasons Garden Centre in Ballinamore.