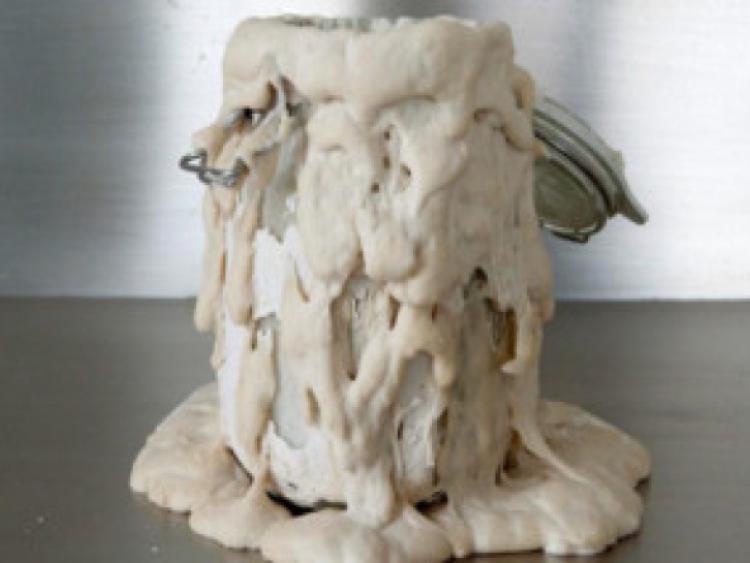 The Dock is pleased to present Abigail O’Brien exhibition ‘With Bread’ that will open be officially opened to the public by Dr Medb Ruane, Writer and psychotherapist this Friday, February 7 at 6pm.

The Dock is pleased to present Abigail O’Brien exhibition ‘With Bread’ that will open be officially opened to the public by Dr Medb Ruane, Writer and psychotherapist this Friday, February 7 at 6pm.

With Bread is a major solo exhibition by artist Abigail O’Brien, R.H.A.

Living and working in Ireland, O’Brien studied fine art as a mature student, graduating in 1998 from the National College of Art and Design (NCAD), Dublin.

She has won many awards for her work, which is in important private and public collections, including The Irish Museum of Modern Art, Dublin, The Caldic Collection, Rotterdam and The Volpinum Collection, Vienna.

With Bread has three key elements. The first is a series of large framed photographs taken in four bakeries in Ireland; the second is the bread sculptures - ethnic breads that have been put through a process of firing and silvering, their nourishing and life-giving properties now suspended forever.

The third is a video projection, titled Grande Dame, a three minute piece capturing in slow motion a levain or sourdough starter at the moment of rising.

The exhibition curated by Highlanes Gallery, Drogheda has been awarded an Arts Council Touring Grant in partnership with The Dock, and Limerick City Gallery of Art, touring in 2014 and 2015.

The exhibition and tour has been generously sponsored by Spiegel’s Bakery, Drogheda.

The exhibition will continue in The Dock until Saturday 5th of April. Admission is free.

As part of the exhibition, at 2pm on International Women’s Day Saturday March 8, The Dock presents Abigail O’Brien R.H. A and Dr. Jane Humphries in conversation “Will the feminist please stand up and stay standing?”