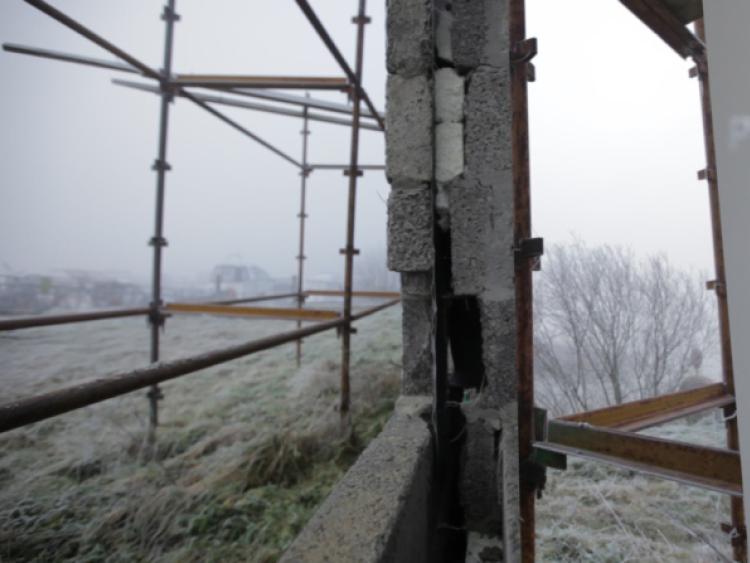 Roscommon Arts Centre is delighted to host the visual arts programme for 2014 with ‘Developers’ by Alice Lyons and Orla Mc Hardy.

Roscommon Arts Centre is delighted to host the visual arts programme for 2014 with ‘Developers’ by Alice Lyons and Orla Mc Hardy.

The exhibition which opened this month and continues until May 15 was inspired by the challenges facing the small, rural community of Cootehall, the 2 screen film installation was adapted from a poem by Alice Lyons who lived for 15 years in the Roscommon village.

“Developers is a project about trying to see rapid change as it is ‘developing’, in the hope that clear seeing might be its own reward. Cootehall, my home for fifteen years, has been in the midst of a great upheaval in recent years.

“I wanted to approach the particularities of those changes; to see, to listen, to ‘snatch out of time’ moments that might offer some clarity in a period when clarity was hard to come by, when freezing fog – literally and figuratively – descended on the village. A big mirror often seemed the best tool to use. Film, speech and poems were employed as tools of reflection, too. This is a display of what they yielded,” wrote Alice Lyons (writer/director).

This film reflects these changes through quiet observation and marks a point in local social history. Moving through the familiar landscape of North Roscommon, the film follows residents of Cootehall as they continue with their daily business under the watchful eye of recently constructed developments that now inhabit the village.

Writer and artist Alice Lyons collaborated with filmmaker and animator Orla Mc Hardy on this production that was awarded Arts Council funding enabling them to undertake the endeavour.

Alice Lyons and Orla Mc Hardy have co-directed The Polish Language (2009), which was nominated for an IFTA, received Best Irish Animation Awards at the Galway Film Fleadh, the Kerry Film Festival and a jury citation from Expression en Corto in Mexico.