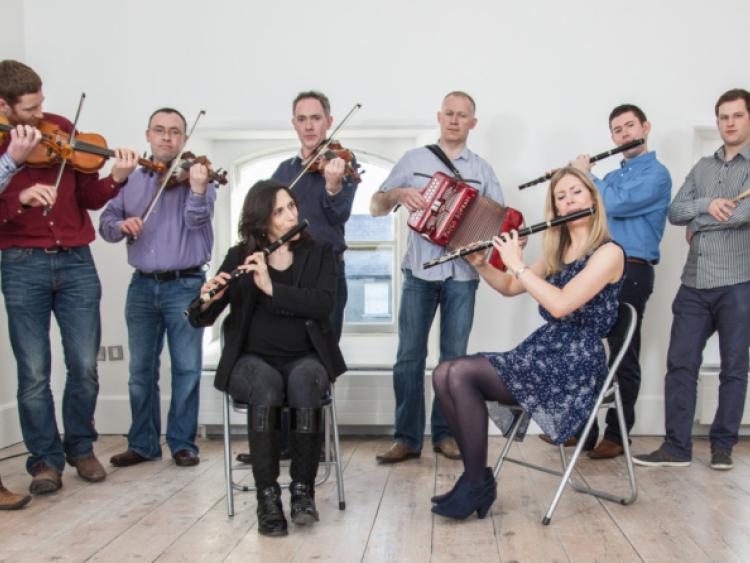 The Dartry Céilí Band from Sligo has recently completed the recording of their second album “Making Tracks” which was released last week.

The Dartry Céilí Band from Sligo has recently completed the recording of their second album “Making Tracks” which was released last week.

This Saturday night, June 28, The Dartry return to the home of Irish Traditional music when they visit Ted McGowan’s Róisín Dubh in Gurteen to launch the new album. The band was originally formed in 2007 and they won the All Ireland Senior Céilí Band competition at Fleadh Cheoil na hÉireann in Tullamore in 2009.

In 2010 they recorded their first album “The Kilavil Post” which received excellent reviews not only in Ireland but also in the UK and in the United States. It strongly reflected their Sligo roots and included a variety of trad selections including songs from their extremely talented singers Cian Kearins and Noelle Carroll.

The Dartry has appeared on many broadcasts in recent years including RTE’s Late Late Show with Ryan Tubridy, TV3’s Morning Ireland, TG4’s Geantraí Christmas Night Special performing with such legends as Paul Brady, Matt Molloy, Liam O’Flynn, Arty McGlynn and others. They have also had a full Céilí House programme on RTE Radio 1 dedicated to their music.

Last summer they were invited by The President Michael D Higgins to perform for him and his family at Áras an Uachtaráin where they performed with the acclaimed Eleanor Shanley and I Draw Slow. This year the Dartry have been very busy playing to their biggest audience yet when they provided the music for the St. Patrick’s weekend Céilí Mór in St. Stephen’s Green, Dublin where they played to a crowd of 10,000 revellers. They have also been working extremely hard to prepare the material and arrangements for this new album.