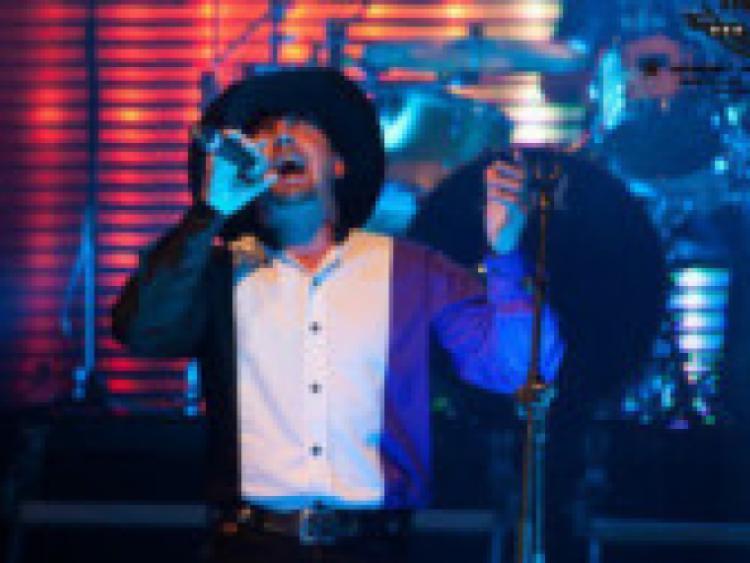 This weekend will see the Cowboys and Heroes Americana and Country Music festival take place in Drumcoura City, just outside Ballinamore.

This weekend will see the Cowboys and Heroes Americana and Country Music festival take place in Drumcoura City, just outside Ballinamore.

The festival will run from Friday evening until Sunday night. With artists such as Mike Denver, Jimmy Buckley, Trevor Smith – Friends in Low Places and many many more as well as everything from Western Horse Demos, American Classic Car Show, Amusements, mechanical bull, line dancing competitions, jive competitions etc. there will be something to suit everybody.

Friday night gates open at 7pm and the first act will be the Breffni Kickers Line Dancing group who will get everyone in the mood with some demonstrations. Then from 9pm in the main Arena (which is undercover and protected from the elements) we have the legendary Ray Lynam, Brian Coll and to finish up the rising star Lee Matthews. At the same time Reilly and the Moon Rockers will be playing in the Saloon bar so musically there will be lots to keep you entertained and to give you a taste of what is to come.

Saturday gates open at 12 noon, we kick off with a Bluegrass Children’s Workshop hosted by Felix Sonnyboy and the first of the Western Horse Demo’s will be at 1pm (and then again at 2, 5 and 7pm). There will also be an American Classic Car Show which will run all day as well as amusements to suit young and old. Can you stay on the mechanical bull the longest or will you win the best dressed Cowboy and Cowgirl Competition?

The music kicks off from 3pm – on the main stage with Mike Denver, Knotty Pine, Line Dancing Competition, JP Mac Johnny Cash Tribute Show, Best Dressed Cowboy and Cowgirl Final and Trevor Smith – Friends in Low Places. On the acoustic stage on we also have Kevin Logue at 4pm, Charlie McGettigan at 6pm and Felix Sonnyboy at 7pm and in the Saloon bar at 10pm will be The Cujo Family.

On Sunday gates open again at 12 noon with a Country Disco and Jive Competition hosted by Gerard Butler at 1pm. Jimmy Buckley takes to the stage at 2pm. The line up for the rest of the day on Sunday includes John Garrity, Justin McGuirk, Chase Allan and Richie Remo. On the Acoustic stage on Sunday we have Michael Bohe at 5pm, Felix Sonnyboy at 6pm and E’van O’Donnell at 7:30pm. Western Horse Demonstrations on Sunday will be at 1pm, 4pm and 6pm.

For the kids there will be Arts and Crafts, a Wild West themed treasure hunt as well as face painting and kids amusements.

There is a ‘the park and ride’ facility which will run from outside Tesco and outside Jackies Bar and Riversdale for just €2 .