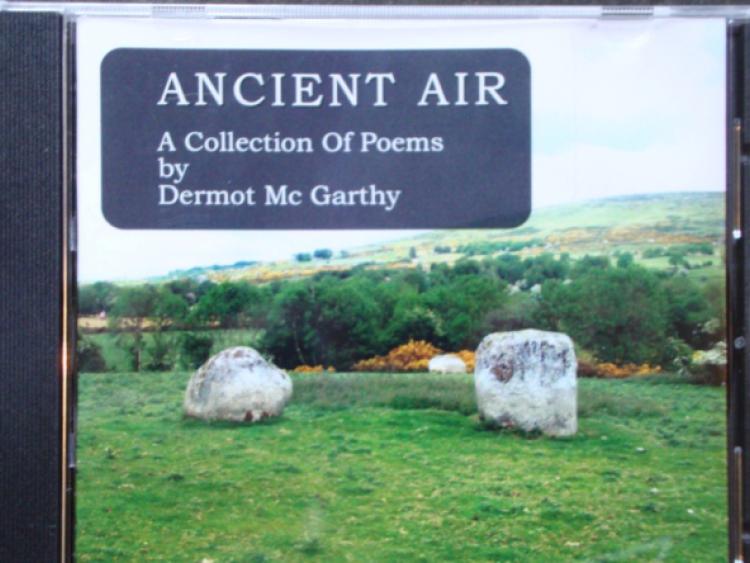 Themes as diverse as emigration, isolation, pursuit of romance, death and re-birth of love, acceptance, and survival are presented in the album.

The Poet has published three collections of written words to date, Standing Room Only (2004), Goldfish Logic (2006), and Building Work (2008), all now available through Leitrim Libraries.

This is Dermot’s first venture into spoken word, and hopefully conveys the sentiments behind, and mood appropriate, to each poem. Many of the more popular pieces from his three books above appear on the CD, as well as new work.

The poem “Playback” records an old man’s personal recollections of life in Leitrim over nine decades, while “Valley of Wonder” documents the sad and constant history of emigration from the county. The latter poem was inspired by a visit to where Dermot’s late mother, Mary Josephine Reynolds grew up, near Sliabh an Iarainn, outside Drumshanbo, and describes the local area.

The piece “King of the Jungle” is a tribute to a childhood friend from Mohill , who sadly died a few years ago, but his presence still echoes in the writer’s imagination.

A perennial subject of conversation in Leitrim is of course the weather, ever-changing, promising, threatening and a vital component in the county’s economy.

The subject of rain and its effects on the populace is outlined in the poem “The Real Enemy”, while the passage and the ravages of time is described in “Killing Time”.

Dermot McGarty has no problem acknowledging the obvious spiritual presence at the heart of his own work and many poems in the collection celebrate this, including “Borders” and “Dual Purpose”

“Ancient Air” is currently available for purchase in The Reading Room, Carrick-on-Shannon, in Celtic Note, Dublin for €13.99 and for loan through Leitrim County Libraries.