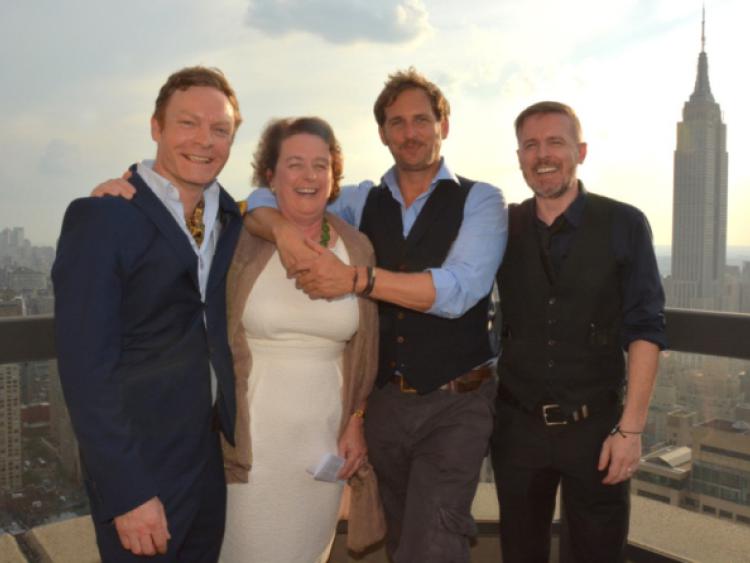 Final investment is now required for filming of ‘The Rising’ to begin this Summer and the movie to be released in 2016.

Final investment is now required for filming of ‘The Rising’ to begin this Summer and the movie to be released in 2016.

The movie which will dramatise the remarkable life of Kiltyclother’s Sean MacDiarmada and the true story of the 1916 East Rising lauched it’s fundraising tour in New York recently.

They are now seeking a Leitrim native or Irish patriot to step forward to executive produce the first movie on the 1916 rebellion.

‘The Rising’ will be made by the award winning production company Maccana Teoranta, based in Ireland and released in 2016, the 100-year anniversary of the Easter Rising. There is a proven track record of successful Independent Irish Films such as “Magdalene Sisters’ and ‘The Wind that Shakes the Barley.’

For the film to be released in 2016, pre-production must begin in July, production in October, and editing finished by February 2016. It is hoped the international focus on Ireland and 2016 will provide valuable free marketing across the world. The Rising’s core audience will be the c.70million people of Irish descent worldwide.

Actors Colin Morgan (Merlin) and David O’Hara (Braveheart, The Departed) are confirmed to play Sean MacDiarmada and James Connolly. Those interested in getting involved should contact Kevin McCann on kevin@maccana.ie www.maccana.ie