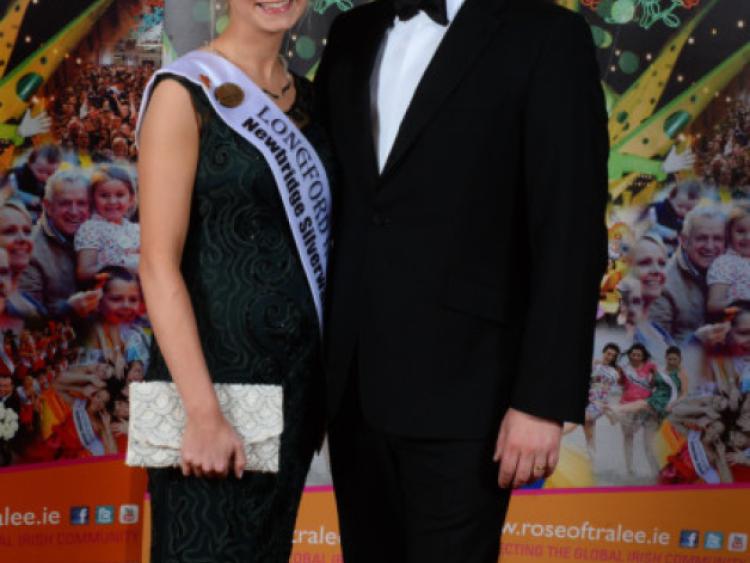 Longford Rose Daphne Howard said she is representing all of the midlands when she steps on stage in Tralee this August.

Longford Rose Daphne Howard said she is representing all of the midlands when she steps on stage in Tralee this August.

Daphne from Newtownforbes told the Leitrim Observer “I consider myself to be half Leitrim” as her father Richard Howard is from Gortletteragh.

The 25 year old Primary School teacher spoke about her 92 year old granny Susan Howard from Gortletteragh on stage with Daithi O’Se at the Regional Final of The Rose of Tralee.

Susan was unable to travel to Portlaoise to support her granddaughter due to the recent bereavement of Jim Howard, Bornacoola.

“My cousin sent a picture of my Granny with her fingers crossed just before I went on stage with Daithi. When Daithi asked me who was with me in Portlaoise I mentioned the photo which was sent to me, and I crossed my fingers to demonstrate. Coincidently, that is the photo which appeared on Facebook and Twitter while I was on stage. So my granny knew she had a mention before I even left the stage!”

“She is an incredible young woman and she really was an outstanding ambassador for the people of Leitrim. She will welcome us to Leitrim in August as part of the Rose tour,” Daphne told the paper.

For those considering travelling to Tralee, tickets are on sale now. Daphne said “I consider myself to be half Leitrim, so hopefully the people of Leitrim will get behind me on my journey to Tralee. Thank you to all the people of south Leitrim who have congratulated me and wished me luck.”

She plays football with her local ladies Gaelic football club, Clonguish CLG, “although I am usually found warming the bench,” she admits.

Daphne is a life-long member of Longford Mental Health Association, which promotes positive mental health and supports those recovering from mental illness, and their families and carers.