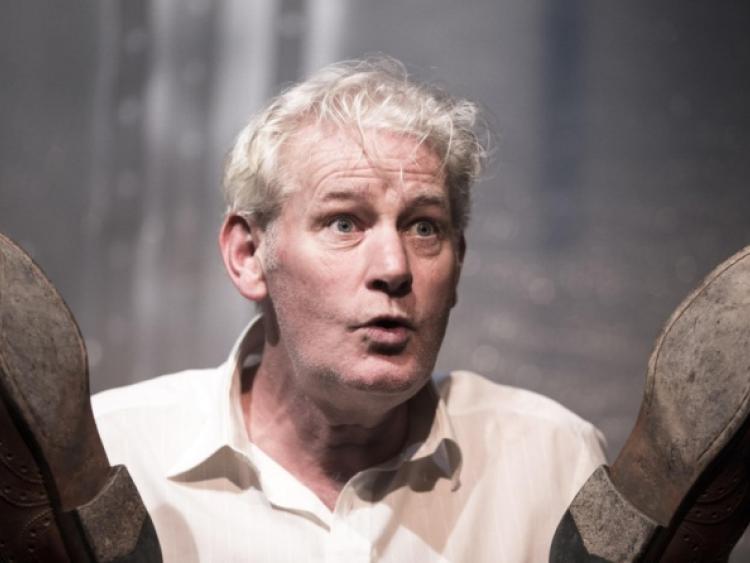 Have A Heart is a one-man play by Seamus Moran, directed by Liam Halligan which will be performed in The Glens Centre, Manorhamilton on Thursday, June 11 at 8.30pm.

Have A Heart is a one-man play by Seamus Moran, directed by Liam Halligan which will be performed in The Glens Centre, Manorhamilton on Thursday, June 11 at 8.30pm.

A man who’s recently had a heart transplant thinks that his new heart is talking to him. Seamus Moran has been seen in almost every house in the country, as beleaguered Bistro owner Mike Gleeson in RTE’s Fair City for 12 years, as well as appearing in many other productions. Have A Heart is Seamus’s second one-man play but the first one he’s written.

When his new heart persuades him to embark on a major quest, his life and his world are turned upside down and inside out. He is soon operating well outside his comfort zone where his beliefs, assumptions and view of himself are called into question, tested and challenged. Have A Heart is a wonderfully dynamic piece about love, obsession and head versus heart with a real tour de force performance.

Seamus has played a range of interesting and challenging roles from the philandering, irresponsible bookie in The Galway Races by James Phelan to gangster, bully and would-be country singer The Don in The Boys by Gerard Humphreys at The New Theatre and a tragic, grieving father in Corp + Anam 2 by Darrach Mac Con Iomaire.

Liam Halligan began his career as an actor working with Deirdre O’Connell and Mary Elizabeth Burke-Kennedy at the Focus Theatre.

He worked extensively in Ireland and UK with major companies including the Abbey Theatre, Lyric Belfast, Cheek By Jowl, Theatre Clwyd, Lyric Hammersmith and The Donmar London.

He began working as a director with Focus Theatre and Galloglass. He founded Quare Hawks Theatre Company in 2000 and was Artistic Director of Storytellers from 2004 to 2008. Liam has twice been nominated for an Irish Times Theatre Award as Best Director: Rashomon (Storytellers) and Speaking in Tongues (Quare Hawks).

Liam has worked with Seamus several times in the past and is really looking forward to bringing his one-man play to life on the stage.